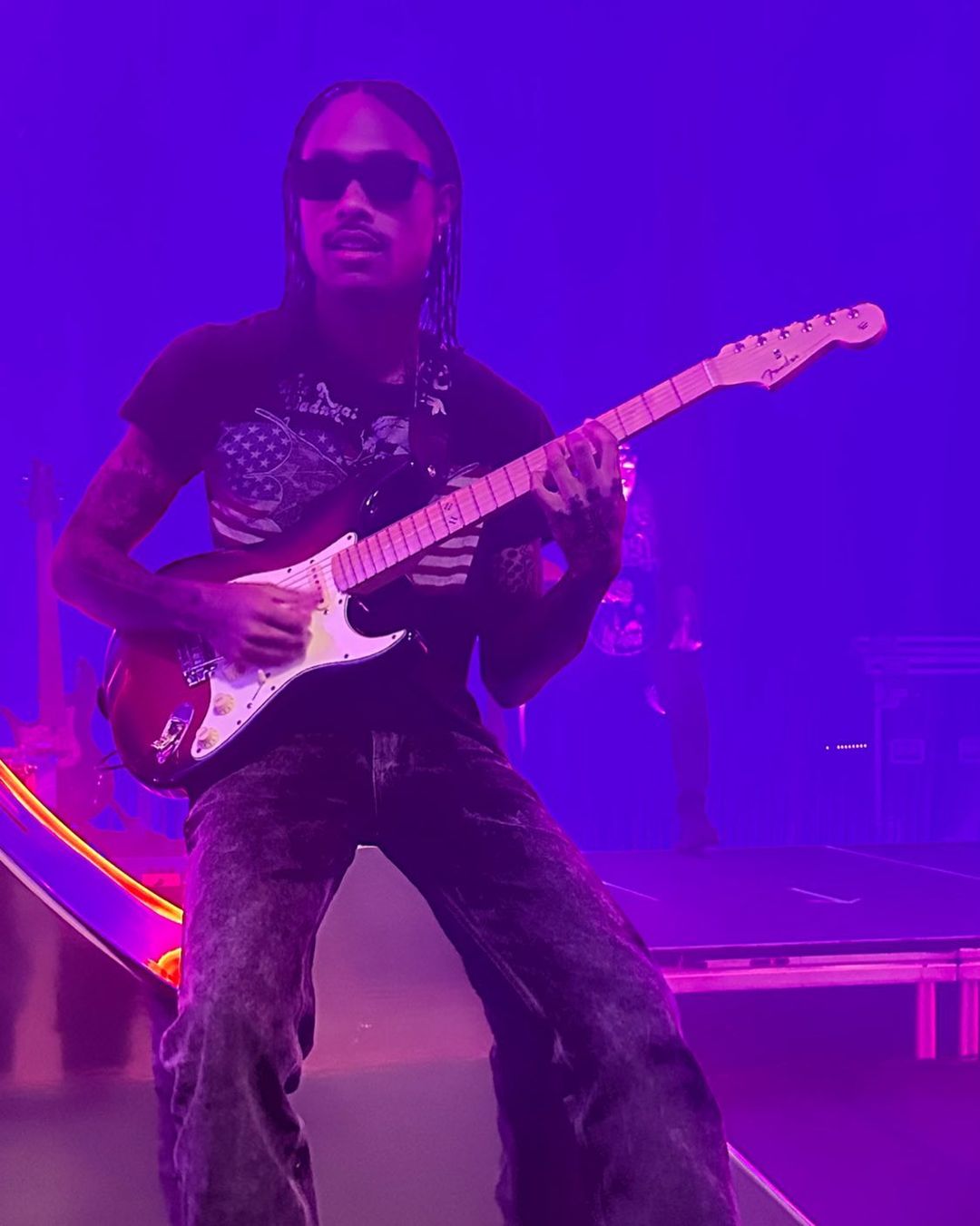 Steve Lacy, the genius behind last year’s smash “Blue,” seems less like a new artist in conversation and more like someone who is trying to shake off the shadow of his previous incarnation in a way that coheres with his burgeoning expression.

It was during a recent show in Hamburg, Germany that Steve Lacy, frontman of the popular band The Internet, smashed a disposable camera onstage. The act was seemingly unprovoked and caught many fans off guard, with some even speculating that Lacy may have been under the influence at the time.

In response to the incident, Lacy took to Twitter to clear the air and offer an explanation for his actions. He began by stating that he was sober at the time and that the smashing of the camera was not a premeditated act. Instead, he claims that he simply got caught up in the moment and acted on impulse.

Lacy goes on to apologize for any damage that may have been caused by his actions and assures fans that no one was hurt in the process. He ends his statement by saying that this type of behavior is not indicative of who he is as a person and promises to do better in the future.

While some fans were quick to forgive Lacy for his outburst, others remain skeptical of his explanation. Only time will tell if this incident will have any lasting impact on The Internet’s career.

The symbolic act of smashing the disposable camera

The symbolic act of smashing the disposable camera is one that has been repeated by many artists in recent years. For some, it is seen as a way to break free from the constraints of the music industry and the need to please fans and critics. For others, it is simply a way to show their creative frustration.

Steve Lacy, of the popular R&B group The Internet, is the latest artist to smash a disposable camera onstage. The act took place during a recent performance in Mexico City, where Lacy can be seen destroying the camera with his bare hands.

While it is unclear what prompted Lacy to destroy the camera, some have speculated that it was in response to critics who have accused him of being “self-indulgent” and “navel-gazing.” Others believe that it may have been a statement about the over-saturation of social media and our obsession with documenting every moment of our lives. 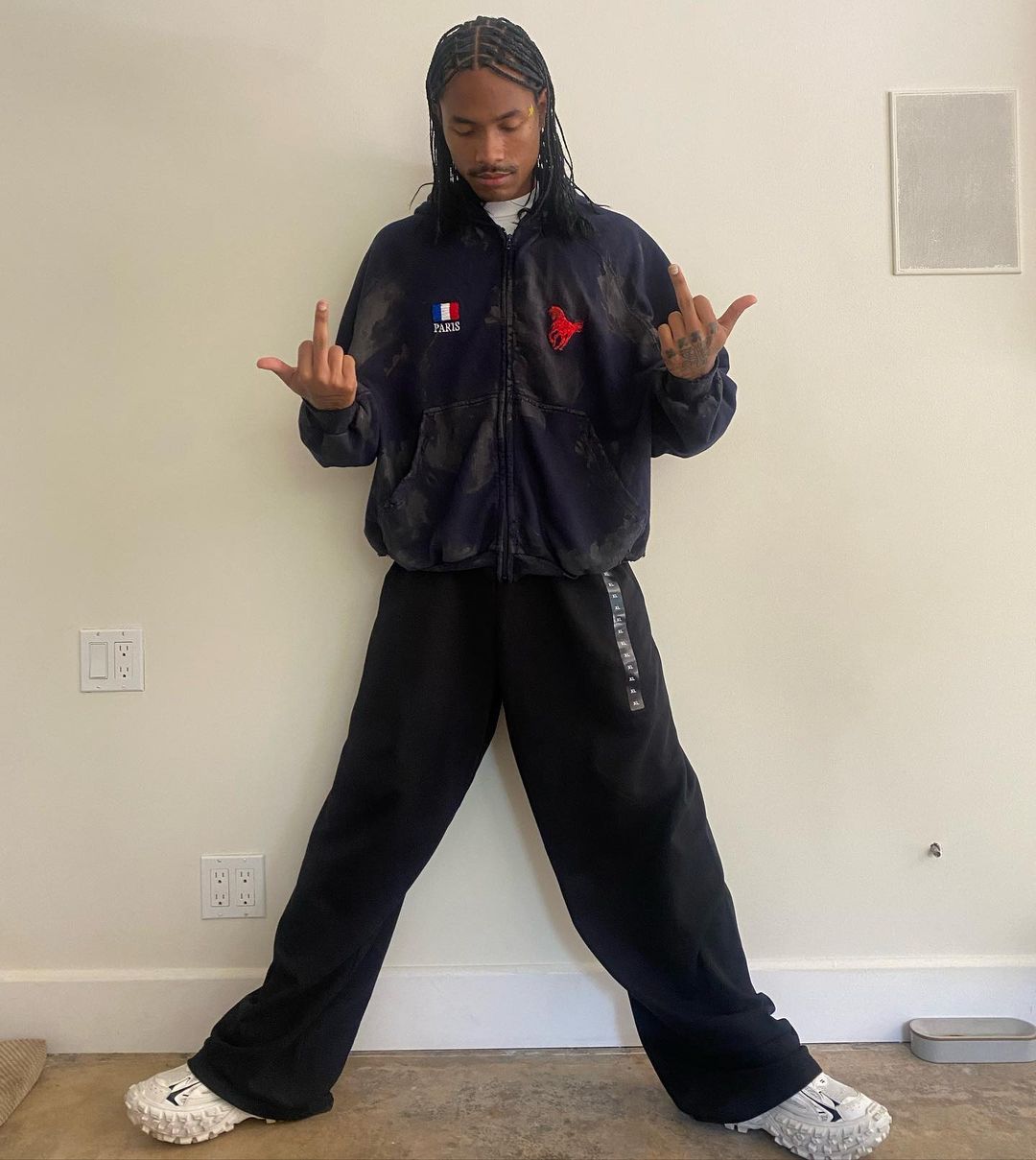 Making a statement rather than taking a picture

In a world where we are constantly bombarded with images, it can be easy to forget the power of a physical photograph. Disposable cameras have become increasingly popular as a way to capture memories in a more tangible way.

Steve Lacy, frontman of the band Vampire Weekend, made a statement recently by smashing a disposable camera onstage during a concert. He later explained that he was tired of seeing people taking pictures all the time and wanted to make them “really think about what they’re doing.”

Lacy’s actions have certainly sparked conversations about the role of photography in our society. For some, his act was seen as an attack on artistry and creativity. Others saw it as a powerful statement about living in the moment and being present.

Regardless of your opinion on the matter, Lacy’s actions have highlighted the importance of considering why we take pictures. In a world filled with images, it is more important than ever to be thoughtful about when and why we press the shutter button.

What opportunities can we take from this event?

The young musician Steve Lacy has been in the news recently for smashing a disposable camera onstage during a concert. This act of aggression was in response to a fan who was taking pictures of him without his permission. While some people may see this act as destructive and immature, we believe that there are some opportunities that can be taken from this event.

First and foremost, this incident highlights the importance of consent. As fans, we often want to capture our favorite moments on camera, but it’s important to remember that not everyone is comfortable with having their picture taken. In the future, let’s be more mindful of personal space and ask for permission before taking any photos or videos.

Secondly, this event can teach us to be more present in the moment and appreciate live performances without needing to document them. Instead of fumbling around with our phones to get a good shot, let’s put them away and just enjoy the music. It’s an opportunity to connect with the artist and other fans in a deeper way.

Lastly, let’s use this as a reminder to treat everyone with respect and dignity, even if they don’t necessarily reciprocate those feelings. Being rude or disruptive at concerts is never okay, no matter how famous or talented the performer is. We should all strive to create a positive and welcoming environment at shows so that everyone can enjoy the music.