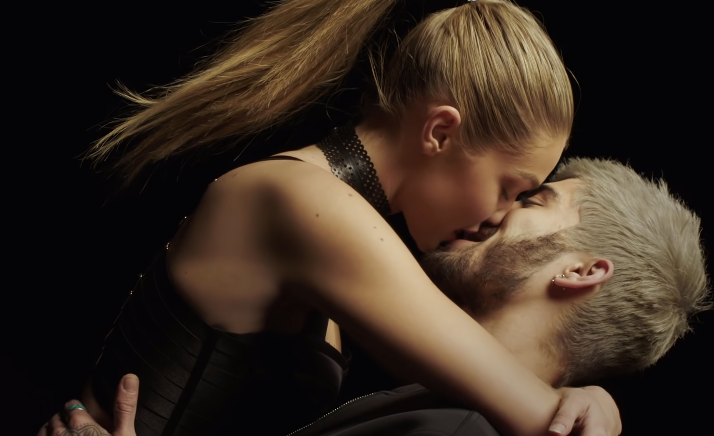 Yes, Singer Zayn Malik and model Gigi Hadid broke up because of allegations on the singer about hitting his girlfriend’s mother. Yolanda Hadid who is the mother of Zayn Malik’s girlfriend is to file a Police report but the singer refuses about hitting and accepts use of harsh words says TMZ. This matter affected their relationship and both celebrities broke up.

Zayn Malik is mostly silenced about his personal issues and does not post it on social media but the day Press Release about Zayn Malik hitting Yolanda Hadid was about to be released.

Zayn Malik responded on his Twitter. He wrote a paragraph for the audience on Notes and took a screenshot on 28th October:

“As you all know I am a private person and I very much want to create a safe and private space for my daughter (Khai Hadid Malik) to grow up in. A place where private family matters aren’t thrown on the world stage for all to poke and pick apart.In an effort to protect that space for [my daughter] I agreed to not contest claims arising from an argument I had with a family member of my partner’s who entered our home while my partner was away several weeks ago,This was and still should be a private matter but it seems for now there is divisiveness and despite my efforts to restore us to a peaceful family environment that will allow for me to co-parent my daughter in a manner in which she deserves, this has been ‘leaked’ to the press. I am hopeful though for healing and for all involved with the harsh words shared and more importantly I remain vigilant to protect Khai and give her the privacy she deserves.” Says Zayn Malik. 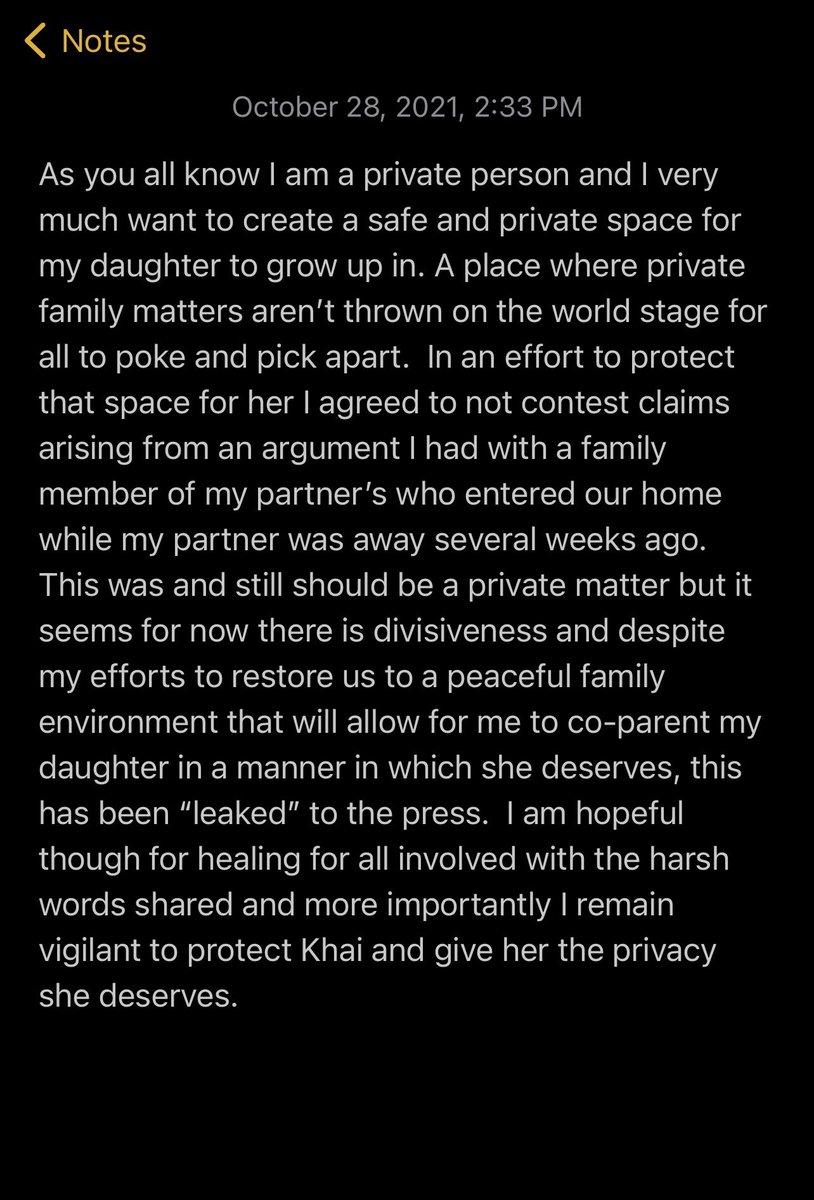 A family friend reported that Yolanda Haid is only focusing for the best of the family and her daughter Khai Hadid Malik and granddaughter. She was to file a case against singer zayn malik but there is no report about the case.

Did Yolanda Hadid and Zayn Malik Not Have A Good Relationship From The Start?

Some people might be thinking that both people did not correspond from the start, which might have led to a big fight and caused all this trouble. And everyone can think this because it’s common to have misunderstandings even if the person is great.

Well, that’s not the case. Both Zayn Malik and Yolanda Hadid had a great start. Yolanda said, “I know what life he has lived and I understand him because I have lived the same life as well.”

“He is a great human being and lovely. I am like a mother to him.” said Yolanda Hadid.

Hadid’s family friend reported that Gigi Hadid is solely focusing on her daughter Khai Hadid Malik. She wants some privacy and doesn’t want to share this situation on social media.

She is focusing on her daughter Khai Hadid as expected from a Mother in a sensitive situation like this, says some fans. Gigi Hadid’s rep reported to People.

What is the Take of Fans on This Breakup?

Zayn Malik and Gigi Hadid are both the crush of millions of people and they have fans from all over the world. Their relationship was kind of an ideal relationship for those who follow them. People loved their couple.People followed their love posts and the comments section is filled with loving responses to their relationship. So the fans were very disheartened about their breakup. This is the reason some fans started criticising Yolanda Hadid who is the mother of Gigi Hadid and that she is the reason of the both celebrities’ breakup. Yolanda Hadid is being criticised all over Twitter.

Did Zayn Malik and Gigi Hadid Brokeup Before?

Did Zayn Malik and Gigi Hadid Brokeup Before?. The answer is Yes. It happened in 2018. During this breakup: “Gigi and I had an incredibly meaningful, loving and fun relationship and I have a huge amount of respect and adoration for Gigi as a woman and friend,” said Zayn Malik.

“She has such an incredible soul. I’m grateful to all of our fans for respecting this difficult decision and our privacy at this time; we wish this news could have come from us first. We love you all.” a statement from singer Zayn Malik during a breakup with Gigi Hadid in 2018.

Gigi Hadid responded as well with this statement: “Breakup statements often seem impersonal because there is really no way to put into words what two people experience over a few years … not only in the relationship, but in life in general. I’m forever grateful for the love, time, and life lessons that Z and I shared. I want nothing but the best for him and will continue to support him as a friend that I have immense respect and love for. As for the future, whatever’s meant to be will be.”

But this breakup was not permanent because both of the celebrities were spotted in New York hand to hand.

In 2019, Gigi Hadid dated Tyler Cameron and broke up with him and again got patched up with Zayn Malik. This time both gave news about a new baby after her pregnancy.

Zayn Malik and Gigi Hadid broke up because of Yolanda Hadid who is the grandmother of Zayn Maliks daughter. When Yolanda released a statement about Malik striking him but Malik refused but accepted the use of harsh words for Yolanda Hadid. After both celebrities are co-parenting. Fans turned out to be criticising Yolanda Hadid who is the cause of the breakup. But Gigi Hadid’s only focus is her daughter. The question is, is this breakup temporary? Or permanent?