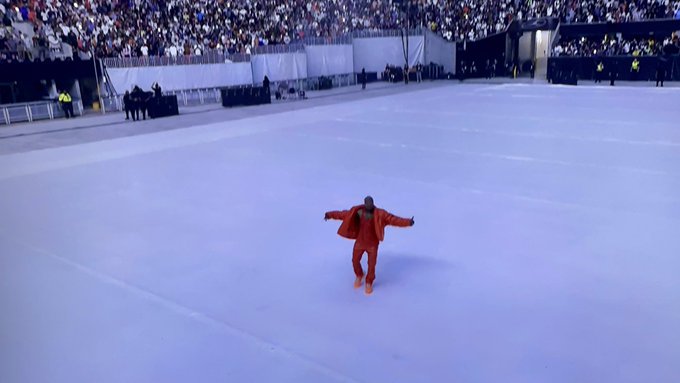 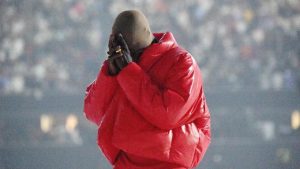 The official Twitter account for the stadium in Atlanta is currently named DONDA Studio at Mercedes-Benz Stadium in recognition of Kanye West occupying the venue as he completes his 10th studio album named after his late mother, Donda West.

Almost a week ago West held a sold-out listening event at the stadium and he has since settled there.

On Monday a rep for the stadium confirmed to HLN that the rapper/producer/entrepreneur has set up a studio within the 2-million-square-foot building, which has more than 70,000 seats.

West has shared images and video from inside the building on his verified Instagram account, including an image of what appears to be a bed in a locker room and footage of spectators attending an Atlanta United soccer match at the venue.

Also Read: Jennifer Lopez was photographed with Ben Affleck during her 52nd birthday celebration in Saint-Tropez

Many of the attendees shared footage and images of West wearing the same outfit and mask that he wore at his listening event and at the soccer match.

Although the album was expected to drop after the listening party, it has yet to be released as of Wednesday.