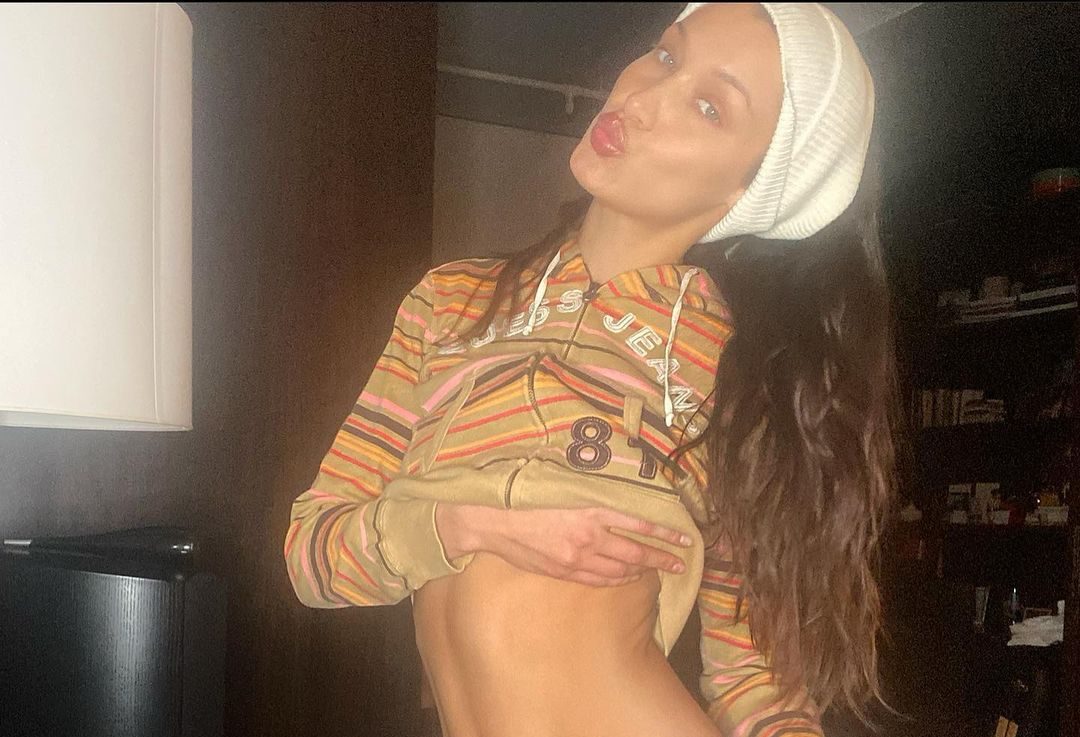 Bella Hadid’s recent fashion shoot reminds me of a Friday night at middle school. The first thing to note is that the dress is a scream of early the aughts “loungewear,” not to mention, the style and background of the photos brought a shiver of nostalgia for me from photos in the basement with my friends.

The model shared an Instagram gallery of pictures on Instagram to showcase her latest outfit that is chaotic. The first image in the carousel shows an enigmatic image that features an electrical blue heart and angel wings as the other pictures show Bella sporting a throwback style which featured the striped Guess zip-up hoodie, which has an 81-themed patch sewn onto the pocket on the front (the year that the brand was founded) and brown lycra folded down leggings, as well as a bulky white head scarf. 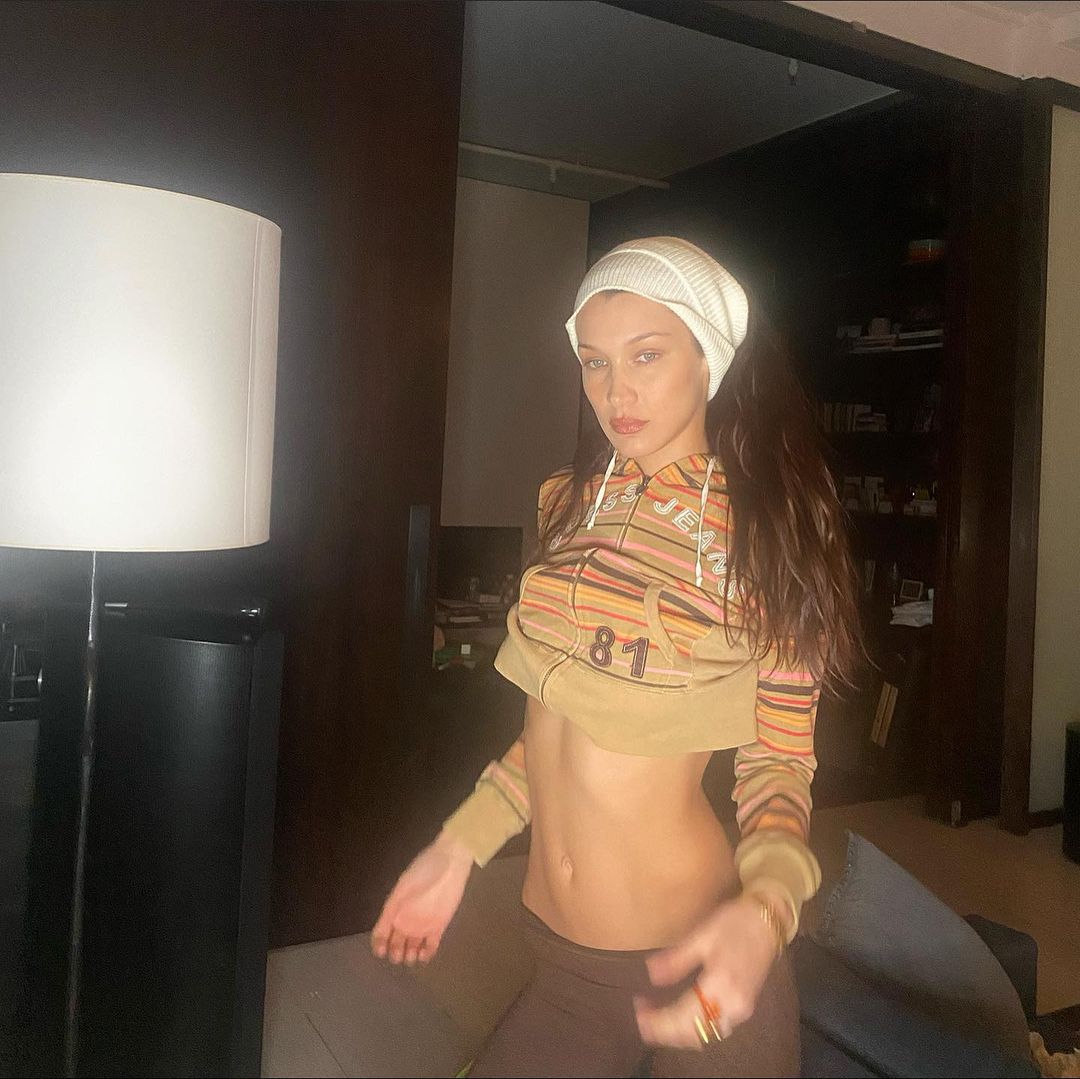 Hadid was photographed next to the white lampshade as well as an emerald couch that could be a study or library behind her. The colorful sweatshirt was raised to highlight her abs as her ring-adorned hand slid across the waistband of her pants. In a few shots, Bella flashed a duck face in front of the cameraan additional eerie indicator of selfies taken by prepubescent girls.

My question is , where did she find these clothes items? Did they come from thrift stores or did the supermodel actually keep her childhood clothes for years?

Bella has been the sole person to launch the ’90s and ’00s fashion revival with her distinctive clothing selections. If you didn’t know the world-class model has been dressed like … NSYNC recently with her large windbreakers, bright sunglasses and graphic t-shirts.

And this epiphany of style is her own work. She recently told the WSJ. magazine in which she revealed that she hasn’t had stylists for the past two years. “In the last year, it was really important for me to learn that even if people talk about my style or if they like it or if they don’t, it doesn’t matter, because it’s my style,” she said to the publication. “When I leave the house in the morning, what I think about is: Does this make me happy? Do I feel good in this and do I feel comfortable?”