After nearly 20 years, the U.S. left Afghanistan’s Bagram Airfield by turning off the electricity and disappearing into the night. The base’s new commander was not notified. Officials from Afghanistan said that the Americans left more than two hours later.

Monday’s display by the Afghan army at the sprawling base was a rare glimpse into what used to be the heart of America’s war against the Taliban and hunting down al-Qaida terrorists responsible for the 9/11 attacks. 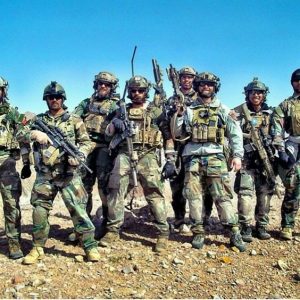 Friday’s announcement by the U.S. indicated that it had evacuated its largest airfield in the country ahead of a withdrawal which the Pentagon claims will take place by August 31.

“We heard a rumor that the Americans were leaving Bagram. Eventually, at seven o’clock in morning, we realized that it was confirmed,” Gen. Mir Asadullah Kohistani (Bagram’s new commander) said.

Col. Sonny Leggett, the U.S. military spokesperson, did not address specific complaints from Afghan soldiers who had inherited the airfield. Instead, he referred to a statement made last week.

According to the statement, the handover was in progress soon after President Joe Biden announced that America would withdraw its last forces in April. Leggett stated in the statement that they had coordinated with Afghan leaders their departures.