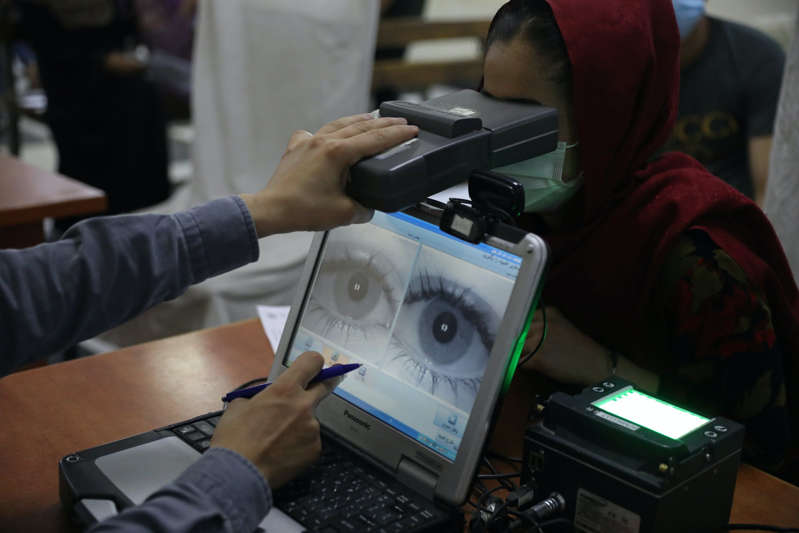 In the wake of the Taliban’s takeover of Kabul and the ouster of the Afghan national government, alarming reports indicate that the insurgents could potentially access biometric data collected by the U.S. to track Afghans, including people who worked for U.S. and coalition forces.

Afghans who supported the U.S. in the past have tried to conceal or destroy digital and physical evidence of their identities. Many Afghans are concerned that databases and identity documents containing personally identifiable data could become death warrants for the Taliban.

This potential data breach underscores that data protection in zones of conflict, especially biometric data and databases that connect online activity to physical locations, can be a matter of life and death. These data privacy and security issues were anticipated by my research as well as the work of journalists and privacy advocates studying biometric cybersurveillance. 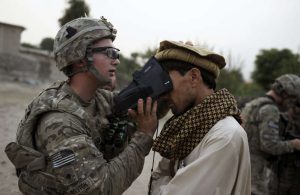 Investigative journalist Annie Jacobson documented the birth of biometric-driven warfare in Afghanistan following the terrorist attacks on Sept. 11, 2001, in her book “First Platoon.” The Department of Defense quickly viewed biometric data and what it called “identity dominance” as the cornerstone of multiple counterterrorism and counterinsurgency strategies. The ability to track people that the military considers to be a threat, regardless of their aliases, is called identity dominance. Organizations are then unable to hide their activities or use anonymity.

In 2004, thousands of U.S. military personnel were trained to collect biometric information to support wars in Afghanistan, Iraq and elsewhere. In 2007, the U.S. military began collecting biometric data primarily via mobile devices, such as the Biometric Automatic Toolset (BAT), and Handheld Interagency Identification Detection Equipment HIIDE (HIIDE). BAT includes a camera, fingerprint reader, an iris scanner, and a laptop. HIIDE is a small device that includes a camera, iris scanner, fingerprint reader and camera. These devices allow users to collect facial photos and fingerprint scans, as well as iris and fingerprint scanning data. They can also match these entries with military databases or biometric watchlists.

The system also includes biometric and contextual data. This allows users to identify suspects if they are flagged as suspects in the system. The system can be used by intelligence analysts to track biometric data collected by troops on the ground.

By 2011, a decade after 9/11, the Department of Defense maintained approximately 4.8 million biometric records of people in Afghanistan and Iraq, with about 630,000 of the records collected using HIIDE devices. The U.S. Army, along with its Afghan military partners, had begun using biometric-enabled Intelligence or biometric Cyberintelligence on the battlefield to track and identify insurgents.

In 2013, the U.S. Army and Marine Corps used the Biometric Enrollment and Screening Device, which enrolled the iris scans, fingerprints and digital face photos of “persons of interest” in Afghanistan. The Identity Dominance System – Marine Corps replaced that device in 2017. It uses a laptop equipped with biometric data collection sensors. This is known as the Secure Electronic Enrollment Kit.

Over the years, to support these military objectives, the Department of Defense aimed to create a biometric database on 80% of the Afghan population, approximately 32 million people at today’s population level. It is not clear how close the military got to this goal.

The U.S. military and Afghan government used biometric data for security purposes. However, the Department of Defense adopted the technology for a variety of governmental uses. These included evidence of criminal prosecution, clearance of Afghan workers for employment or election security

In addition, the Afghan National ID system and voter registration databases contained sensitive data, including ethnicity data. The e-Tazkira Afghan ID is an electronic identification document that contains biometric data. This increases privacy risks due to Taliban access to the National ID system.