TerraTara is Back with Another Mesmerizing Track “A Love, Tantalize” 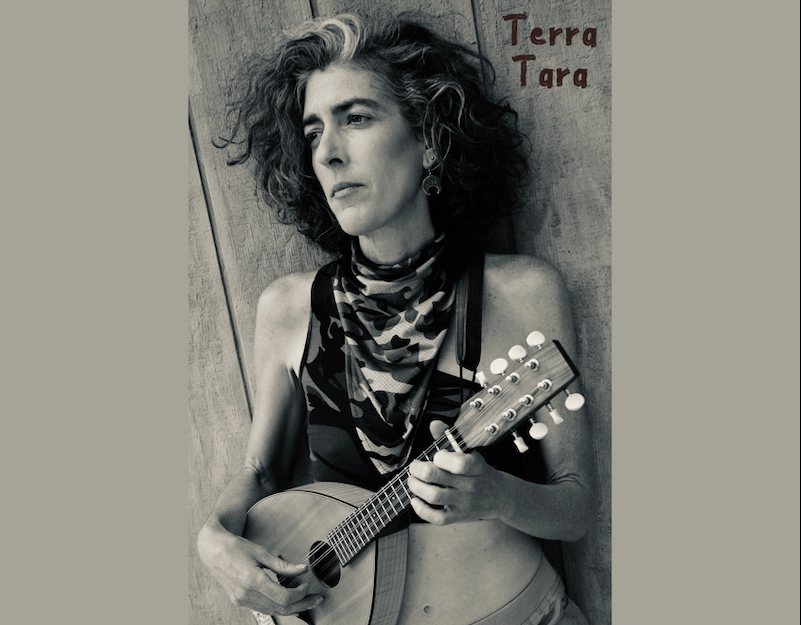 TerraTara, the lost artist, is back again in the music industry and this time ready to make it to the end. After giving wonderful songs like “Waiting for the Rain” and “Ain’t Gonna Let Them”, she is back with another gripping song, “A Love, Tantalize”. This song is on another level with beautiful mandolin harmony and light drumming beats. TerraTara, as usual, demonstrated exceptional vocal skills in this song. The song was released on June 21st on multiple platforms.

Besides the mesmerizing melodies of sweet mandolin music, the lyrics do magic. A Love, Tantalize is a love song written by TerraTara herself. It is about a lover who longs for love that is far away across the ocean in a distant land. It is impossible for that lover to reach their love because of the hundreds of hurdles in the way. Moreover, no future possibilities for meeting can be seen. The lover is remembering all the promises that were made with the loved one. That is the lover’s only chance at making sense of it all.

TerraTara interprets the song as meaning that hope is at the very heart of love. As long as it is running, your love can never end or be lost. She used simile to describe hope as a carrot that has been dangling but has not been tasted in a long time. It will eventually be devoured by life and time.

The song beautifully narrates the pain of a long-distance relationship. You can definitely feel the song if you’ve ever been in a long-distance relationship or are currently in one. Distant love, whether with parents, children, siblings, friends, or a spouse, hurts equally. If you do not have any such experience, you will still feel the pain of a lover in your heart after listening to the song. That’s how much TerraTara beautifully wrote the song. It’s a catchy song with lovely music, as usual with her enchanting voice. Her fans know her vocals change according to her song’s theme. It is another of her talents. So in this, she is using the sweet pitch to follow the theme of the music: love.

Are you hearing about her for the first time? Let us give you a brief introduction of her.

TerraTara is a multi-skilled rising singer and songwriter living in the United States and sometimes Canada. She commutes between Slocan, British Columbia, and Southern Oregon. Her music ranges from traditional Eastern European to Middle Eastern, Americana, folk, and reggae. Due to her living in an off-grid cottage in the British Columbia highlands with pure, fresh water running, she is influenced by nature and her surroundings, and her music reflects it. Moreover, she has a passion for playing musical instruments, which led her to become an accomplished guitarist, mandolinist, pianist, and percussionist.

TerraTara began her career in 2000 by playing guitar and composing several songs. She began touring the world and shifted to mandolin from guitar since it was simpler to transport while moving from city to city, playing music on the streets with her distinctive sound. She learned songs ranging from traditional Eastern European, Middle Eastern, Indian, and Irish music while traveling.  She incorporates all of these elements into her music today. TerraTara has been on sabbatical for many years, but she is again inspired to produce both old and new singer/songwriter songs. She intends to release these throughout the coming years, so stay tuned!

TerraTara produced and recorded the Mahzu album in 2010. A full album of traditional and original songs with guitar, mandolin, accordion, didgeridoo, dumbek, and bass and drum. The opening song, “Kootenay Kombu” sounds native and exotic, and grooves in places the human soul has known throughout the eons. It’s somehow both modern and traditional, eastern and western. It makes you feel wild and earthy. The next track, “L’ha Do Di” holds you suspended during the intro, then mesmerizes the listener with other-worldly female vocals. This song clocks in at 6:26, but the trance-like quality it possesses banishes any listening fatigue. “Esperare Por Este” feels very gypsy with its romantic vocals. This music is original and unique, take a listen and indulge your shadow self.

After a tragic event, TerraTara left the industry for many years to heal and gather her strength. Her debut song, “Ain’t Gonna Let Them,” was released in 2020. In this song, she expresses her rebellious side as she conveys her inner energy and delivers a strong message. She emphasizes her organic character, which distinguishes her from other musicians, as she continues to have a significant effect on society via her music. TerraTara’s elegance in  “Ain’t Gonna Let Them” offers a refined and delicate yet commanding message to listeners, motivating them to stand out in their own manner and be themselves. The video is outstanding as well as inspirational.

Her second song, “Waiting for the Rain,” was released on July 16th, 2021 with an official video. This song is about the out-of-control forest fires in the Western United States and Canada. They grew worse every year, so she decided to make this tune next to her prayer. TerraTara was there when it happened. She was at a lake house near a forest fire. She saw rising smoke for weeks. TerraTara shared her experience in the following words:

“Every day I would pray for rain, and every day I woke up to find the smoke was still there. It was very apocalyptic. I created the song with dissonant harmonies to express the uncomfortable and despairing situation that seemed to have no end. It’s a longing, a cry for the rain, begging it, asking it to come, thereby, invoking the rain. At the end, the harmony becomes hopeful, and soon the rain will bless us. “

The beautiful artist, TerraTara, is unbelievably talented. She has a close relationship with nature, with which she was able to create such magical musical melodies that one could not get enough. Her upcoming song is full proof of it. You can get a glimpse of the song on her Instagram.

To listen to all of her other songs, you can visit her YouTube channel or can listen to the mp3 version on Spotify or Apple music, as well as other streaming platforms..

Keep following her on Instagram for her upcoming updates.