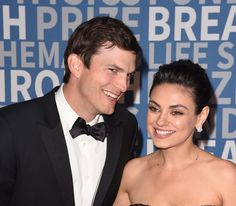 The subject came up when co-hosts Dax Shepard and Monica Padman started discussing how frequent they shower. Shepard, 46, said that Padman, 33 years old, should not wash his skin with soap every day and instead use water to clean it. Kutcher, 43 and Kunis, 37 agreed. 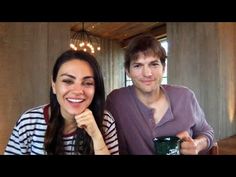 “I cannot believe that I am not the only one who is using the shower to wash my entire body.” Who taught you not to wash? Padman asked Kunis, and Kunis responded, “I didn’t have hot water as a child so I didn’t shower much.”

“But when my children were born, I didn’t wash their bodies every day,” continued the Bad Moms actress. “I was not the parent who bathed my newborns every day.

Shepard also noted that Kristen Bell and he used to bathe their daughters, Delta (6 years old) and Lincoln (8 years old), as part of a nighttime routine, but this stopped as the children grew older.

Kunis stated, “That’s what we feel about our kids.”

Also Read: This is the most unhinged Trump rant about the 2020 election yet

Kutcher said, “Now, here is the thing: Clean them if you can see dirt on them.” It’s pointless otherwise. Bathing babies too much with soap “can dry out his or her skin,” according to the Mayo Clinic.

The American Academy of Dermatology Association say on their website that kids ages 6 to 11 “may not need a daily bath,” but should at least wash once or twice a week.

As for their own showering habits, Kunis and Kutcher both said on the Armchair Expert podcast that they refrain from using soap on their entire bodies every day.

“I wash my armpits and my crotch daily, and nothing else ever,” Kutcher said of his soap usage. “I got a bar of Lever 2000 that delivers every time. Nothing else.”