Destined for the wrecking ball just years after this dream home was built another sad saga in the northern territory’s residential construction sector the homes were built under a government-backed affordable housing scheme in 2012 and 2013 but residents contacted the government with complaints not long after getting into the homes some tiles lifting and cracking some shaking in the building the government says the builder and developer failed to fix the homes before its own investigation concluded the might not survive a cyclone earlier this year three of the houses now being rebuilt land from another six will be bought by the government and resold that work and the relocation costs are being covered by a government insurance fund but the overall bill remains unclear the cost of building the new homes will be, As I said the negotiations between the department and the homeowners will be pretty much. 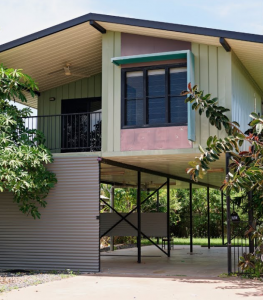 You know similar similar structure like for like, but it’s up to them to as I said have those negotiations with the department another eight homes built as part of the same scheme will remain intact for now because they’re covered by different government insurance funds the builder and developer have previously denied responsibility for the issue but asked If either had ever been penalized the minister pointed to a series of sector-wide reforms this is why we’re doing these building reforms so the builder his registration expired and that’s the issue now making sure that builder can’t get re-registered the reforms include higher penalties for non-compliance with standards and more checks and balance in the design phase. The government wants them implemented in about six months.

Also Read: After a break-in, potentially lethal medications were stolen from vets.