Kissing, spitting and puking: The highs and lows of Cannes 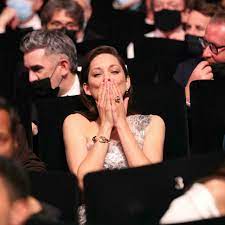 It was a great year because it had a lot of great movies and the film industry was thrilled to be back on the French Cote d’Azur last year.

These are the highlights of the most prestigious movie gatherings in the world:

Cannes’ decision to ban “la bise”, the French double-kissing on the cheeks, sounded like a crime of humanity. The organisers couldn’t stop themselves from allowing the gods and goddesses in cinema to walk down the red carpet.

Carla Bruni and Jessica Chastain were among the people who received a very public peck at opening night. There was also furore about social media photos of unmasked cinema-goers. This prompted a strengthening of the Covid rules.

Regular tests and vaccination passes seem to have stopped the festival becoming a super-spreader. Fingers crossed. However, some foreign visitors were not impressed by the 48-hour spit testing or had difficulty supplying what they needed.