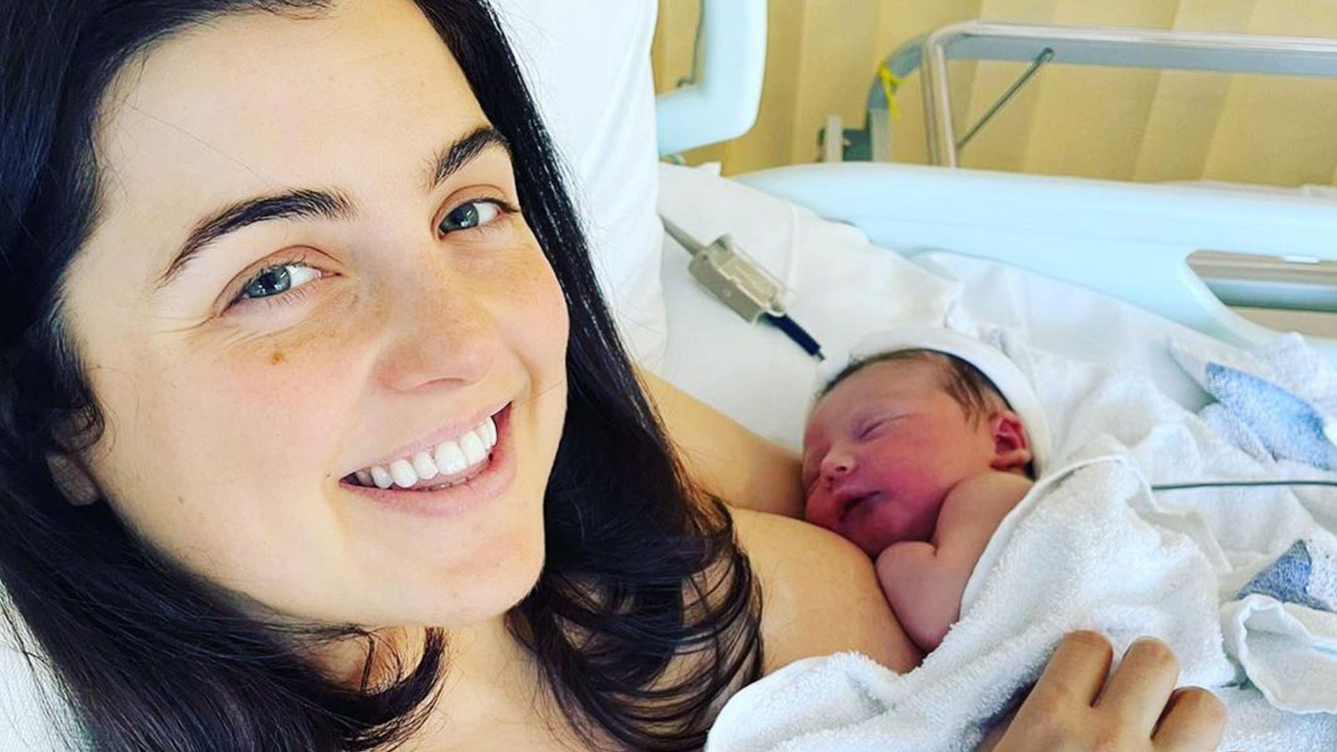 Jeremy Vine co-star Storm Huntley has welcomed a son. She is currently on maternity leave and has shared a cute family photo. The star also revealed the baby’s name on social media. Her son is due on July 21, and she has been covered by Dawn Neesom while she is away. Read the rest of this article to learn more about Storm’s new role and the new addition to her family!

Jeremy Vine co-star Storm Huntly has welcomed a baby boy! The singer-songwriter announced her pregnancy with her musician husband Kerr Okan last January and shared an adorable photo of her growing bump. Her son’s name is Otis. She shared the cute photo on social media and revealed the name via a video link. The news of her birth quickly went viral and has gained more than 1,600 likes.

The actress announced her pregnancy during a recent appearance on Jeremy Vine. At the time, she was 15 weeks pregnant and joked that her bump looked like a big meal! She did not reveal whether the baby is a boy or a girl, but plans to have a 20-week scan to confirm. Storm described her first trimester as ‘horrible’ and said she was sick all the time for two months.

She is on maternity leave

Jeremy Vine’s co-host Storm Huntley recently announced that she was pregnant, revealing her first family photo on Twitter. The actress, 28, shared the adorable picture of her family, including baby Otis, with her husband, Kerr Okan. The baby was born last month, and the couple named him Otis Abi. The new family has been enjoying their new role as parents and has been sharing updates on their pregnancy journey through social media.

The Jeremy Vine star Storm Huntley shared a family photo a few weeks after welcoming her son. The photo was snapped a few weeks after the couple welcomed their son Otis. Kerr Okan, who is Storm’s co-host, also appeared in the picture, resting his head on her chest. The rest of the family members are holding hands, and baby accessories are visible in the background.

She shares an adorable family selfie after welcoming her son 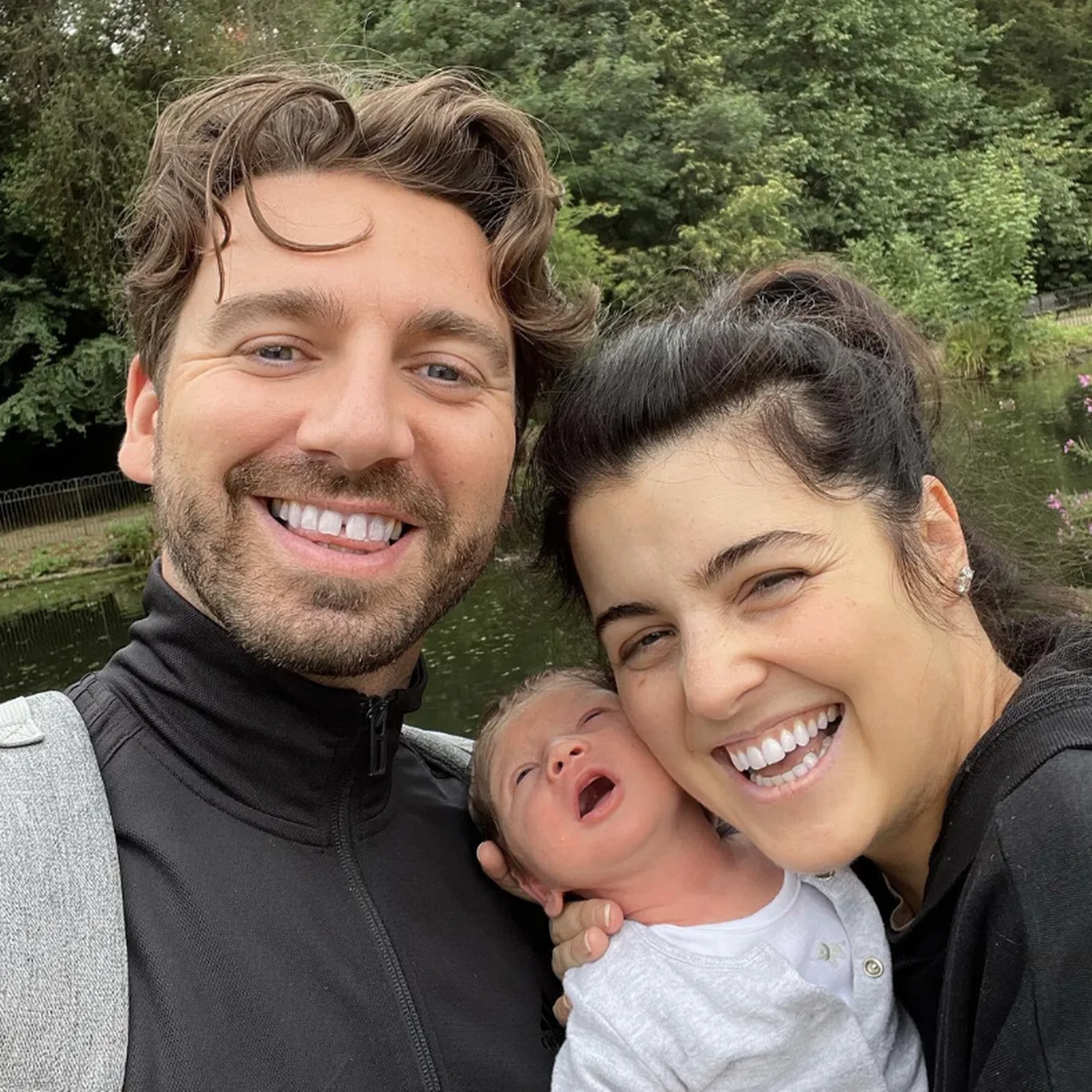 Jeremy Vine star Storm Huntley has shared a new family photo on Instagram. The Scots television host gave birth to her son on July 11, and shared a photo of herself and her new son. The photo showed little Otis Abi Okan tilting his head back with his mouth open. He weighs 7.7 pounds. Storm and her husband Kerr Okan were married in 2013. The couple first announced their pregnancy in November 2017.

The couple got engaged in October and announced their pregnancy on July 21, which is a month earlier than expected. The couple’s wedding was held in Lock Loman, Scotland, where Storm’s best friend, TV presenter Carol Smillie served as celebrant. After their wedding, they honeymooned in the Maldives. Aside from their son, Storm and Kerr were also engaged in October 2021.

Martine McCutcheon shows off her figure in a bikini

TV presenter Martine McCutcheon showed off her lean body in a bikini on holiday. The former EastEnders star posted a picture of herself on Instagram sporting a black bikini, complete with a halter neckline and high-waisted bottoms. The sexy star was seen posing playfully on a lifeguard tower while casting a sultry look. Previously, McCutcheon had revealed her weight loss progress on Instagram and recently posted a snap of herself and her son Rafferty.

The actress has been slaying social media recently, sharing holiday snaps and videos with fans. In one of the most amusing clips, Martine is seen with her son Rafferty, who is pictured swimming in a pool with his mom. Martine captioned the clip, ‘Rafferty chilling out in his doughnut’. The bikini-clad star also opened up about perimenopause and her diet-coke addiction.

Jeremy Vine co-host Storm Huntley has welcomed her first child – a son, Otis! The actress welcomed her son, weighing 7.7lbs, with her husband Kerr Okan on July 11, and has been enjoying motherhood ever since. She recently posted a sweet picture of her family on Instagram, showing her new bundle of joy sleeping peacefully in her arms.
Also Read: Ellie Goulding Shares Rare Snap of Son Arthur One

The adorable photo of Storm and baby Otis has gained a lot of attention online, with fans congratulating the new arrival and expressing their love. The new mom-to-be revealed that she tested positive for the pregnancy test Covid-19 a month before her due date, which was “incredibly scary.” The couple had been expecting a child for several months, and Storm announced her pregnancy live on air.