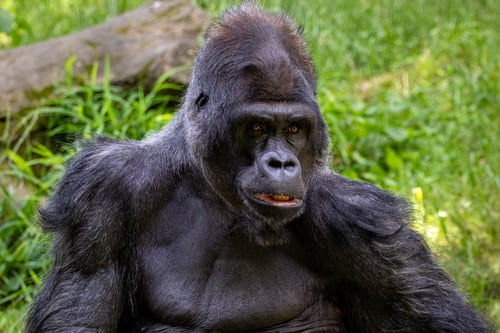 Researchers hope to shed light on the reasons for the unusual aggression in a new study that documents the fighting.

“Our observations provide the first evidence that the presence of chimpanzees can have a lethal impact on gorillas,” says primatologist Tobias Deschner from the Max Planck Institute for Evolutionary Anthropology in Germany.

“We are now investigating the causes of these unusually aggressive interactions.” 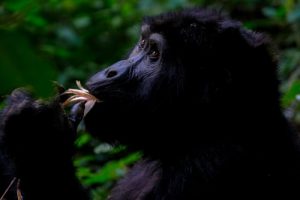 In February 2019, 18 chimpanzees met five gorillas. One silverback, three adult females and one infant were involved in the first interaction. It lasted 52 minutes. On their return from an excursion in neighboring territories, the chimps met the gorillas.

The second interaction took place in December 2019. It involved 27 chimpanzees, some of whom were involved in the initial incident, and seven gorillas (1 silverback, 3 adult females, 1 juvenile, and 2 infants). It lasted for 79 minutes. The chimps encountered the gorillas during a territory border patrol.

In both cases the chimpanzees were able to separate an infant gorilla from its mother and kill it – in the second incident the baby gorilla was eaten by the chimps. While the other gorillas managed to escape, some of the chimps sustained injuries in fighting during the first clash.

The next question is how these rare battles could have occurred. Researchers believe that the infant gorillas could have been preyed on by the chimpanzees, that they were fighting for territory, or that they saw them as prey.

“It could be that sharing of food resources by chimpanzees, gorillas, and forest elephants in the Loango National Park results in increased competition and sometimes even in lethal interactions between the two great ape species,” says Deschner.

It is difficult to observe interactions between gorillas and chimps. This is due to the fact that they need space and respect and the vast areas involved.

It is possible that these killings are more frequent than what the records indicate. However, it is interesting that these lethal encounters occurred during times when fruits and other foods were less readily available.

Also Read: Scientists Are Terrified That Earth’s Coral Reefs Are Doomed. Only We Can Save Them

The research at Loango National Park continues. Researchers hope to learn more about the attitudes between chimpanzees, gorillas, and other hominid species.

“We are only at the beginning to understand the effects of competition on interactions between the two great ape species in Loango,” says cognitive biologist Simone Pika from the University of Osnabruck in Germany.

“Our study showed that there’s still much to discover about our closest living relatives. Loango National Park, with its unique mosaic habitat, is an excellent place to do this.”