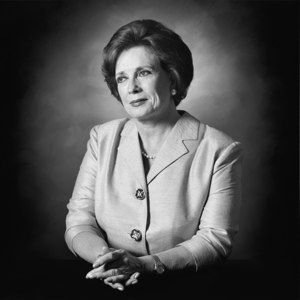 Jehan Sadat, who was just metres from her husband, was in the stands when gunmen opened fire on a military parade in Cairo.

Anwar, her life partner and president of Egypt at the time, was also hit with several bullets and later died in hospital. It was 6 Oct 1981 and Jehan’s decade-long tenure as Egypt’s first Lady came to an abrupt end.

Jehan, who died at the age 88, was a tireless advocate for social justice and women’s empowerment in Egypt. She did so even after her husband’s assassination. 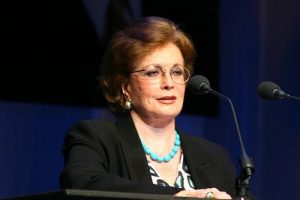 Noha Bakr, an affiliate professor in political studies at the American University of Cairo, says that “She led change” and has inspired generations to follow.

Jehan was born in Cairo to an Egyptian father in 1933 and a British mother in 1934. He grew up with a variety of influences, including a love of Christmas, cornflakes as breakfast, and fasting every year during Ramadan, the Muslim festival.

Her dislike of gender inequality stemmed in part from her school days. She was told by her parents to concentrate on sewing and cooking as she prepared for marriage.

I have regretted this decision for a long time. She wrote that she would not allow her daughters to end their futures in this manner in her autobiography A woman from Egypt.

At the age 15 she met her future husband Anwar (an ex-army officer) while visiting her cousin’s home. He was just a few months after being released from prison for his resistance to British control in Egypt.

Her mother was particularly reluctant to allow her daughter’s marriage to a divorcing revolutionary almost twice her age. But he won her over with a conversation about Charles Dickens. He is intelligent. He is a character. He will take care of you. Her mother assured her that she would never let her daughter get bored.

They were married in 1949, had four children together, and a long marriage that lasted more than 30 years.