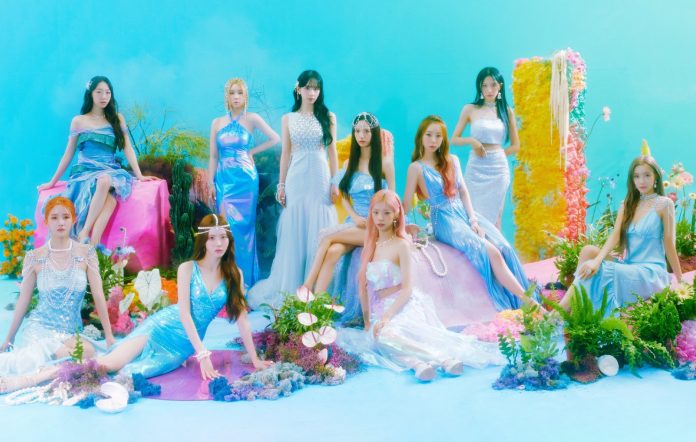 K-pop young lady bunch WJSN have shared a staggering new mystery for the music video of their impending single ‘Last Sequence’.
In the new visual, the young lady bunch wear glittery blue outfits in a submerged themed set, presenting against a scenery of mollusk shells and jellyfish. They show up in an extravagant submerged royal residence in another scene, moving to the movement to ‘Last Sequence’. The impending single collection is expected out on July 5 at 6PM KST.
Notwithstanding its title track, ‘Last Sequence’ is set to incorporate the tunes ‘Done’ and the young lady gathering’s recently delivered Queendom 2 single ‘Atmosphere’, the two of which part Exy helped pen. The record’s last track ‘More grounded’ is a two part harmony by singers Dawon and Yeonjung, which was likewise co-created by the previous.

Fresh insight about WJSN’s impending return previously showed up last month, a day after the finale of Queendom 2, the Mnet unscripted television series which the young lady bunch had contended in and arisen the champs against K-pop demonstrations like Hyolyn, VIVIZ, Kep1er, Brave Girls and LOONA.

WJSN’s impending undertaking will come more than a year after the arrival of their 10th little collection ‘Unnatural’ last March. That delivery was trailed by the send off of the young lady gathering’s subsequent subunit, WJSN The Black, which contained individuals SeolA, Bona, Exy, and Eunseo.

Also Read: Adele thanks fans for ‘Outpouring of Love’ after UK show