Will we see Odell Beckham Jr. back on the field this season? 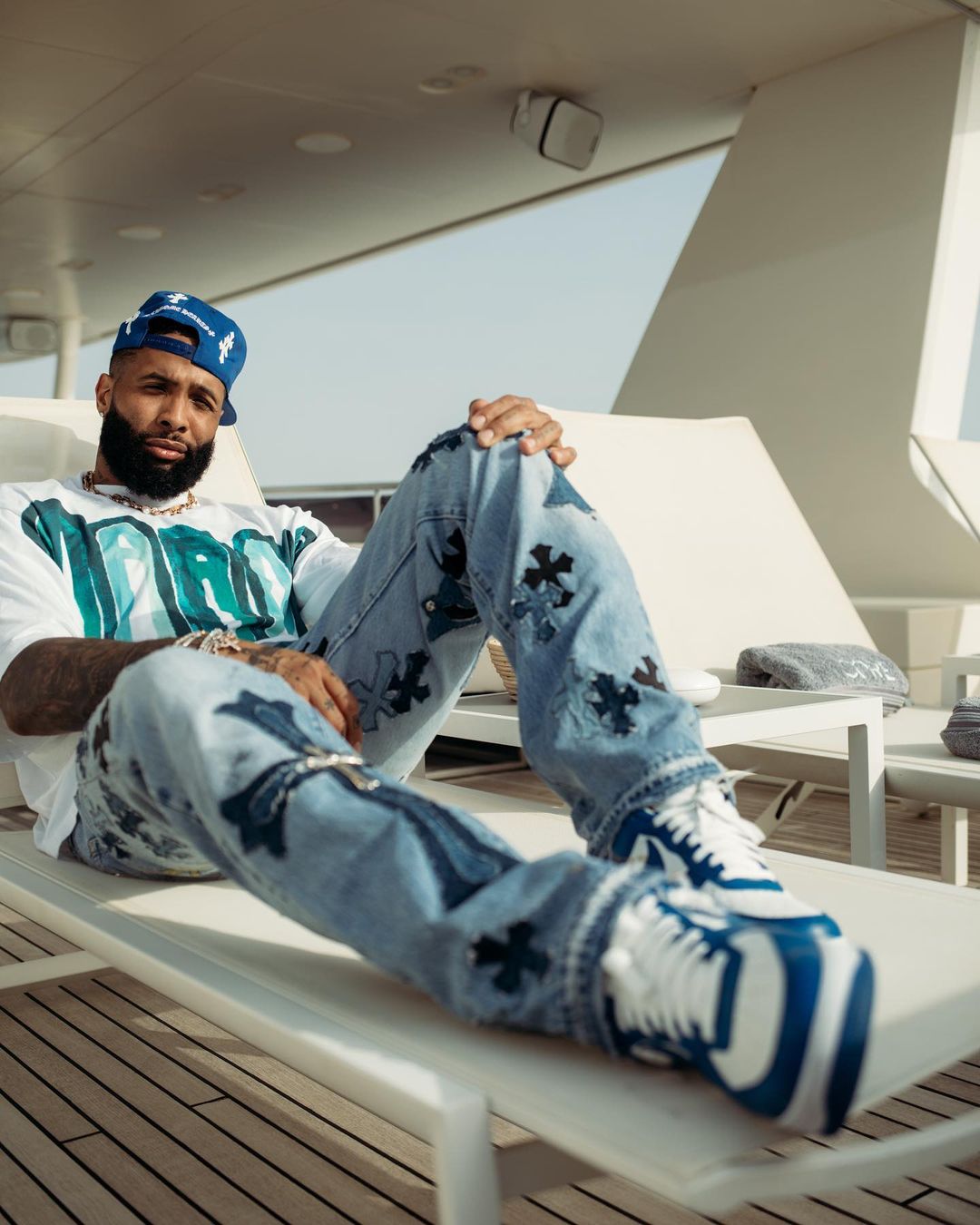 The NFL season is about to begin, and Odell is yet to land a contract. After the Browns waived him in 2021, the Rams picked him as their starter wide receiver. In eight games last season, Odell rushed 304 yards and caught 27 passes. But, the real impact he made was in playoff games. He covered 316 yards and caught 25 passes with a pair of touchdowns to go with it. Out of which, nine catches were alone in the NFC Championship match against 49ers, along with 117 yards.

That was not it. Odell was in supreme form and looked fine against the Bengals in the Super Bowl. He rushed for 52 yards, caught a pair of catches, and had a touchdown. Unfortunately, he suffered a torn ACL and had to be benched.

Which team will pick him?

As a free agent, he will be fully fit in a couple of months and ready to rumble. After receiving the richly deserved ring, teams are yet to pick him. Let’s explore the ones that can use his services the most. The Cardinals parted ways with DeAndre Hopkins, the Chiefs let go of Tyreek Hill, and the Packers depend on the rookies this season. Among all 32 teams, these three could approach and sign him in the future.

There are rumors that Odell will have a contract by the end of September. We hope that’s true because he is too good for a player to be left out, especially after his last season.

He suffered a torn ACL in the second quarter of the Super Bowl against the Bengals because of a non-contact injury. The injury was his second torn ACL, following the one he sustained in 2020.

Beckham suffered the injury after dropping a short pass in the first half against Cincinnati. Following the play, he immediately collapsed on the field and grabbed his knee.

At the end of the game, Beckham was emotional after the Rams won the championship.

It was not the first time he had faced an injury. In 2017, he had a lot of wear and tear, from hamstrings to quads and ankles. No matter which team he plays for, he puts in the effort and gives his all.

A brief review of Odell’s journey in the NFL

It took ten long years for Odell to be called a champion. He was a breakout star in 2013 from LSU and one of the top rookies in the NFL. In 2011, in the National Championship match, he suffered a loss against Alabama. Who knew that this loss would make him an idol of millions?

The New York Giants picked Odell in 2014. Many thought the record of the Giants would improve after OBJ’s inclusion.

However, that did not happen instantly. In 2016, OBJ grabbed 101 catches, rushed over 1300 yards, and had ten touchdowns. It was the making of the champion wide receiver.

Odell represented the Giants for five seasons. They then traded him to the Cleveland Browns. The expectations were high, and many believed OBJ would end the drought of the Browns winning the championship.

To everyone’s surprise, the Browns had Freddie Kitchens, and their record dipped to 6-10 at the end. In 2020, OBJ had only seven games that made fans and pundits of NFL odds baffled.

The Browns beat the Steelers but lost to the Chiefs in the divisional match. In the 2021 offseason, the Browns could have signed a supporting player for OBJ but chose not to and took the fall, resulting in releasing Odell.

The decision for OBJ was extremely difficult since he was not signing for money. It was his goal to win the Super Bowl and be a part of a championship team so that he could enter free agency in 2022 on high.

Although he was not the first pick of the LA Rams in 2021, he played his greatest season. Taking his team through the NFC giants into the championship game shows OBJ’s caliber.

Odell could have been the MVP of the Super Bowl 2021 if it were not for his injury. Nevertheless, the Rams won the title because of the impact OBJ had at the start of the match.

Well, time will tell. The LA Rams locker room is crowded with the wide receivers. They have Cooper Kupp, Van Jefferson, and Allen Robinson. However, the Rams could use the experience of Odell, and there are reports of the Rams keeping Odell’s name tag in the locker room.

Odell was keen and strict last year about the team he signed. So, if there is a move from the Rams, Odell might hold on to it. The next team could be the Bills. It does not have the brightest of chances, but who knows?

The new contract of Odell would be a short one considering his injury, but the 29-year-old wide receiver still has a lot to offer, and he will need to prove himself again on the field.