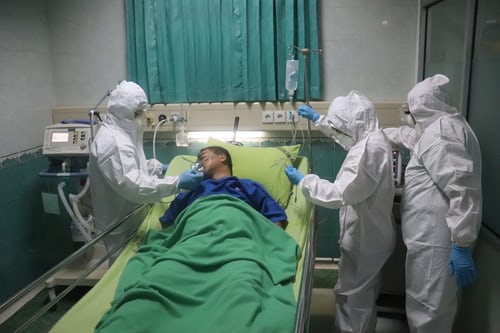 With the continued spread of the more infectious Delta variant, health and elected officials warned that hospitals across the country are reaching critical levels of Covid-19 patients, especially in areas with lower vaccination rates.

According to Dr. Scott Harris, the state’s health officer, hospitalizations in Alabama are increasing as a result of the “pandemic” of unvaccinated persons. He said that Alabama hospitals have a low number of ICU beds and that the state is currently seeing more Covid-19 cases in children than any other time during the pandemic.

According to Gov. John Bel Edwards, because infections are rising especially among the younger population.

He stated that 28% of the cases reported in the last few days are in children between zero and 17 years old.

The governor of Kansas is also mentioned. Laura Kelly stated that Wednesday was the most crowded day in Kansas’ history. She said that nearly everyone in the ICU of Covid-19 is not vaccinated, and six out of the state’s biggest hospitals have at least 100% capacity for ICU beds. 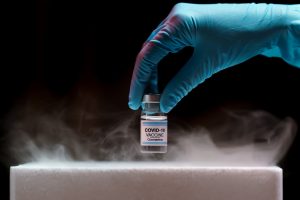 Amid the rising case numbers, experts and officials are hopeful that an anticipated decision by the US Food and Drug Administration granting full approval for the Pfizer/BioNTech vaccine will help persuade more Americans about its efficacy, getting those who are eligible and vaccine-hesitant on board with inoculations.

A person familiar with the plan told Daily Reuters the decision is expected early next week, and a Biden administration official said approval of the two-dose vaccine, which has been distributed under emergency use authorization from the FDA, “could be as early as Monday.”

The Daily Reuters reported that the FDA was pushing to approve the Pfizer/BioNTech vaccine on Monday, according to people familiar with the agency’s planning.

Also Read: How the tight labor market is keeping US vaccination rates low

Anderson Cooper was told by Dr. Jerome Adams, former US Surgeon General. “What you requested is coming.”

More than 200 million people in the US have received at least one dose of Covid-19 vaccine, which is roughly 60.4% of the total population, according to CDC data Friday, and 51.2% are fully vaccinated.