Australia’s unemployment rate fell below 5% for the first time since a decade. However, the new data doesn’t account for the Greater Sydney lockdown.

According to data from the Australian Bureau of Statistics, the rate fell to 4.9% in June, down from 5.1% in May. 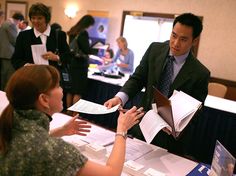 In June, the youth unemployment rate fell by 0.5 percentage point to 10.2 percent. This is the lowest rate since January 2009.

Josh Frydenberg, Treasurer of Australia, stated that the outbreak in south-west Sydney showed that Australia has not fully recovered from the pandemic.

“We are not out of the pandemic, as the lockdown in NSW and the growing cases here in Victoria show,” said Mr Frydenberg.

We still have a lot of work to do to ensure our economic recovery.

Also Read: Blue Origin gets clearance to send Jeff Bezos, 3 others to space

“But Australia’s economy has resilience, it is strong, today’s job numbers show that.”

Stuart Robert, the Employment Minister, acknowledged that Australia-wide lockdowns were creating uncertainty in the economy.

Roberts stated that there is a risk of COVID-19 continuing to spread in the coming months, which creates uncertainty.

“Recent lockdowns will have an effect on employment in the coming months.”

The rate of underemployment rose to 7.9%, an increase of half a point.