This swarm of robots gets smarter the Longer it works 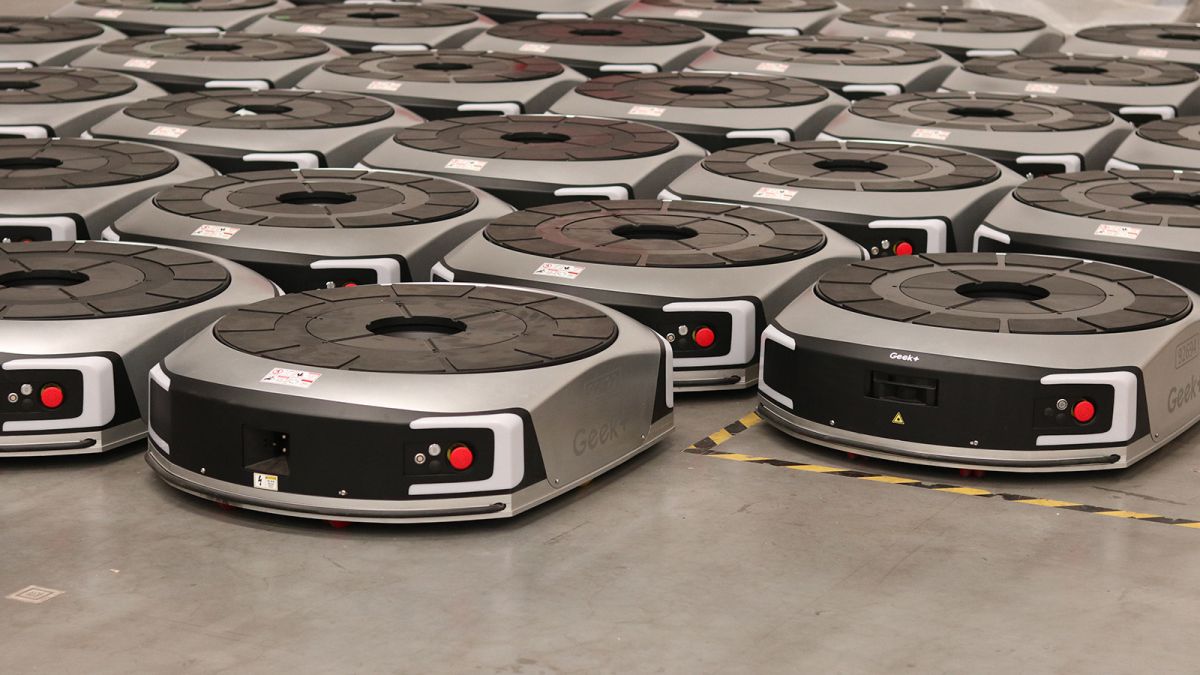 At a Hong Kong warehouse, a swarm of autonomous robots works 24/7. They are not just working hard, they’re working smart; as they operate, they get better at their job.

The Autonomous Mobile Robots were developed by Chinese startup Geek+. As they move around the warehouse they’re guided by QR codes on the ground, and utilizing AI that they can produce their own decisions, including what direction to travel and what route to take to their destination. A group tracks these movements and uses the data to improve their algorithms, which makes the robots more efficient.