Ross: The kiss of death on a bipartisan compromise 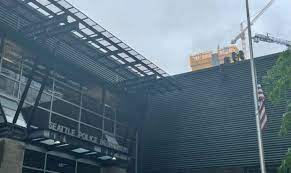 Yesterday, we brought you the news that the Democrats’ only holdout in the election reform bill in the Senate, Joe Manchin, had come up with a compromise later speaking with Republicans and Democrats.

The moment I saw that a voter ID requirement was at the compromise plan, I figured that no matter how many Republicans it might attract, Democrats would run out of it. 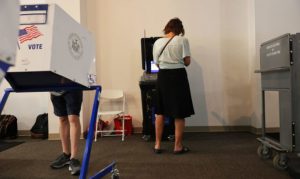 But then who must step up to endorse it the Democrats chief election reform crusader Stacy Abrams! That said it was an error to think Democrats were against requiring voter ID.

*Icertainly thought Democrats were against voter ID. However, if Stacy Abrams is now publicly embracing the thought, that sounded like a fairly big deal.

For an instant, I believed Congress could actually succeed in making voting easier and more secure.

No, I’m joking, I didn’t think that. I did believe, though, the compromise could live a little longer than it did.

As it turns out, yesterday afternoon, Republicans pointed out when they say voter ID, they imply that a government-issued photo ID. No substitutes such as the signed statement Democrats would allow.

The legislation puts up public finances for Congressional elections: a 6 to 1 public match for smaller contributions.

However, Senator Ted Cruz rejected that as”welfare for politicians” and stated — and I believe this is significant — it could have ended up giving him $30 million taxpayer dollars! Would Democrats need that, he wondered? His opposition consequently is an act of love taxpayers who don’t want their money coming anywhere near Ted Cruz. He’s trying to be nice.

So there it is. It is too bad the bipartisan compromise is dead, but due to Ted, at bipartisan altruism is alive and well