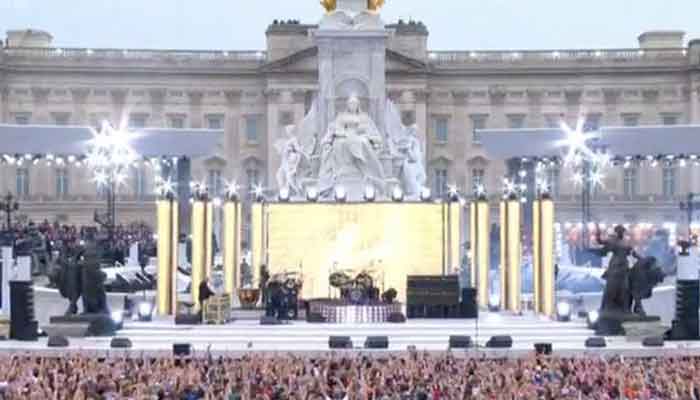 Regal Fans and music sweethearts were going off the deep end as Queen and Adam Lambert performed exemplary hit We Will Rock You. Brian May startlingly got through the highest point of the stage – which partygoers in the crowd went wild for.

Sovereign William and Kate Middleton were seen cheering from the first column, sitting with their kids Princess Charlotte and her more established sibling Prince George.

Over on Twitter, individuals from home were sharing their considerations on the amazing occasion, with one individual stated: “Look’s splendid.”

“Unfortunately Adam Lambert doesn’t have anything on Freddie Mercury,” a second added.

A third said: “Adam Lambert is a decent vocalist however it’s not possible for anyone to contrast him with Freddie. Ostensibly probably the best voice and gifts of all time. Extremely enormous shoes that can never be filled.”