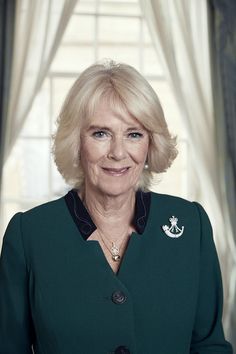 Birthday tributes have been paid to Camilla, Duchess of Cornwall on her 74th birthday, with Prince William and Kate Middleton leading the wellwishers.

The Duke and Duchess of Cambridge posted the message on their Twitter account on Saturday next to an image of William’s stepmother and a balloon emoji.

“Wishing The Duchess of Cornwall a very happy birthday today!” said the tweet, which as of midday Saturday had been liked thousands of times.

The photograph had been taken on Thursday when she stepped out with her husband, Prince Charles, 72, when they attended the ‘A Starry Night In The Nilgiri Hills’ event hosted by the Elephant Family at Lancaster House in London.

The image shows her wearing an Anna Valentine-designed three-quarter-length tunic.

The heir to the throne warned at the event about the “increasing overlap” of the human and animal worlds played a part in “deadly zoonotic diseases” such as the coronavirus, according to the Prince of Wales website.

“The last year has shown us more than ever the importance of dealing with issues like this,” he added.

The Royal Family Channel tweeted that to honor her “special day, we’re looking back at her past year. We’re wishing her a very happy and healthy 74th birthday!”

Meanwhile, Czech ambassador to the Court of St James, Libor Sečka tweeted: “Wishing HRH Camilla, Duchess of Cornwall, Happy Birthday today. It was a great honour to meet her in our residence two years ago.”

Last year, she marked her birthday at her private home in Raymill, Wiltshire, The Sun reported. The Duchess of Cornwall, is mother to Tom Parker Bowles, 46, and Laura Lopes, 43, through her first marriage to Andrew Parker Bowles. She married Prince Charles in a civil ceremony at the Windsor Guildhall on April 9, 2005, after a relationship spanning more than three decades.

The relationship between Prince William and her other stepson, Harry, is said to be under strain.