Paris Jackson was seen with a hickey at JFK airport 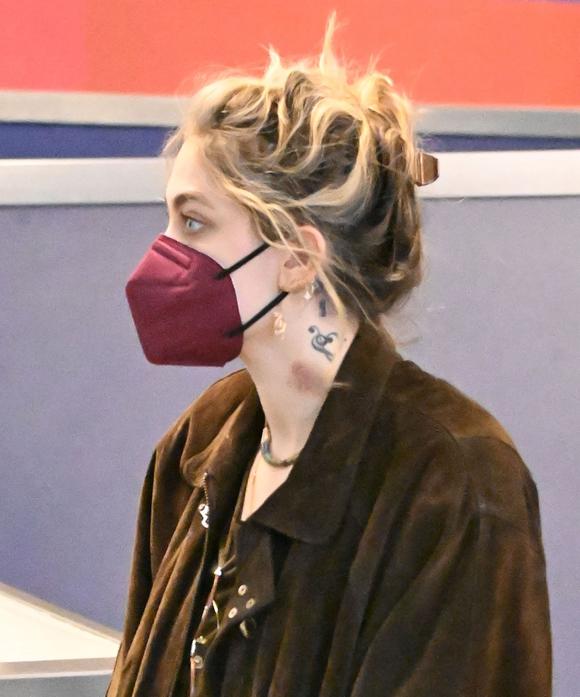 Paris is, all things considered, a moveable banquet.

Paris Jackson had all the earmarks of being wearing a huge hickey on her neck Wednesday as she was spoken harshly to New York City’s John F. Kennedy Airport with more established sibling, Prince Jackson, and more youthful sibling, Bigi Jackson.

Paris, 23, Prince, 24 and Bigi (fka Blanket), 19, were totally woken up together at JFK as they headed from the city following Tuesday’s premiere night execution of “MJ: The Musical” on Broadway, in light of the vocation of their dad, the late Michael Jackson. 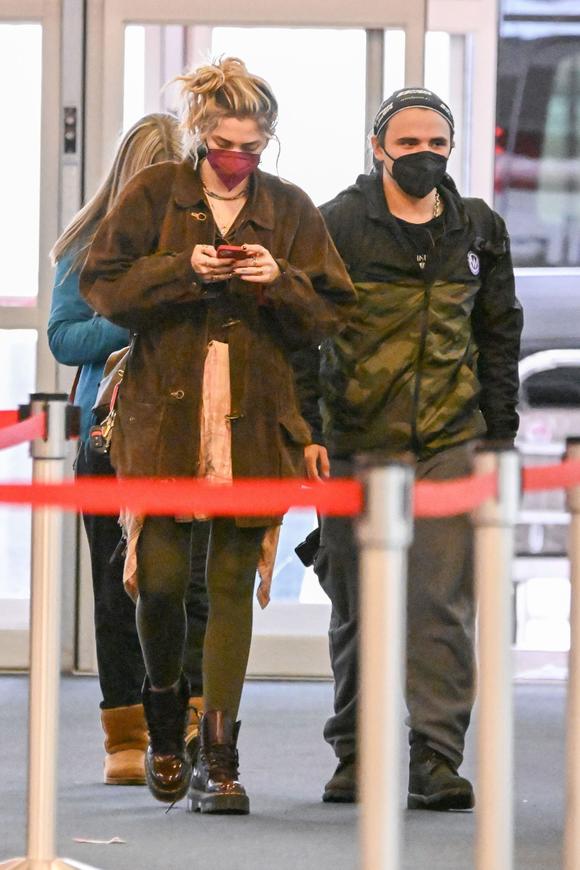 While Paris’ wavy hair hung past her shoulders on honorary pathway, her neck and the unmissable imprint were profoundly apparent as she strolled through the terminal, hair high in an untidy chignon.

It’s questionable whether or not the imprint was concealed with make during the show, or on the other hand if the “Let Down” vocalist gained it following the drapery call.
She wore a burgundy veil in the snaps, as well as an earthy colored coat, green stockings and Dr. Martens to the air terminal, in high differentiation to her Broadway look: a stylish red and gold wrap dress, unbiased boots and bright adornments.

Also Read:Crosby, Stills, and Nash Removing Their Music From Spotify

Sibling Prince wore a disguise jacket and dark running pants while Bigi wore a “2020” printed hoodie and dark Nike sweats, dumping the suits they wore the prior night.