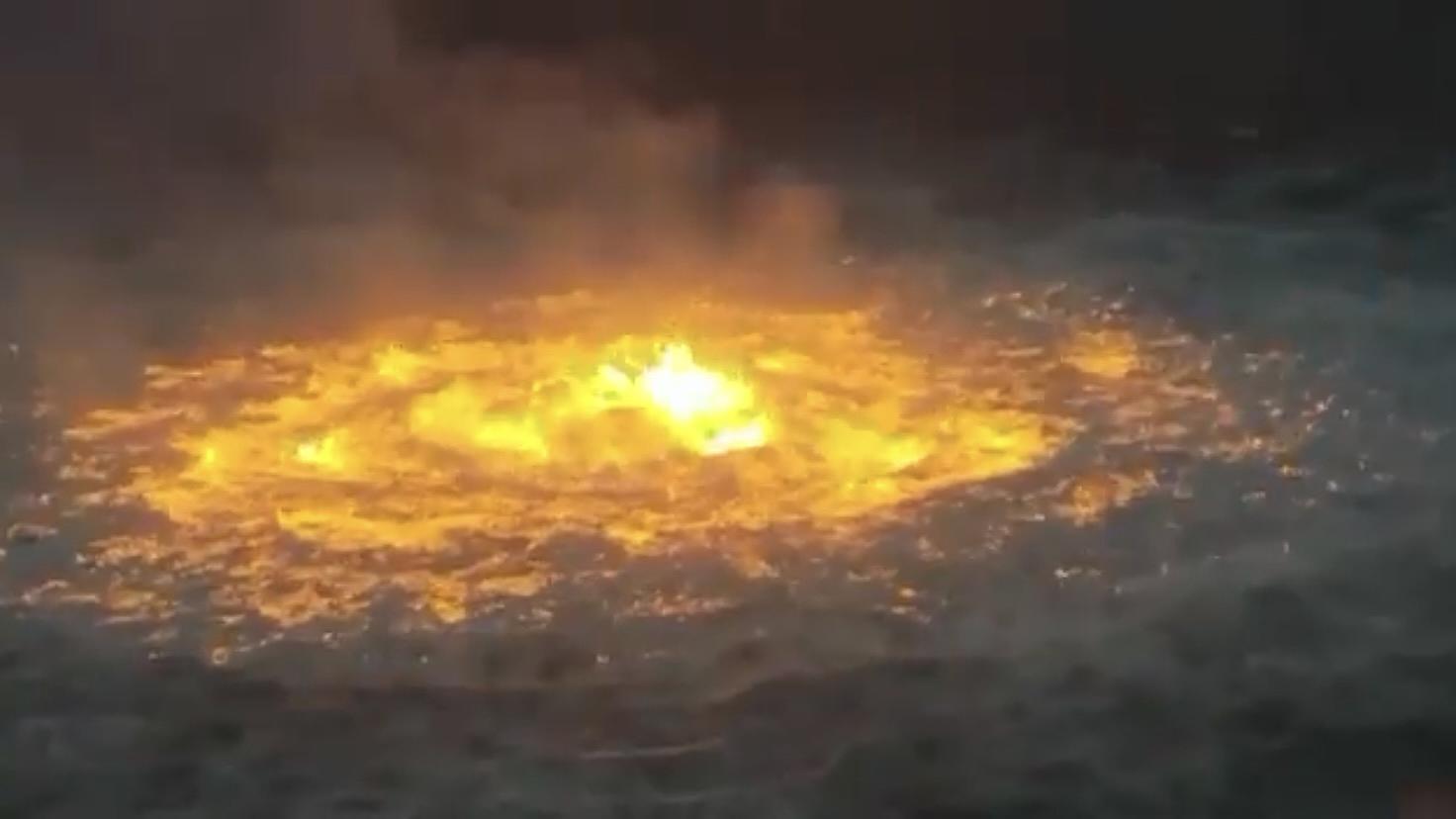 According to Mexico’s state oil company Pemex, a blaze that appeared like an “eye of fire” on the Gulf of Mexico has been put under control.

Social media users spotted orange flames that resembled molten lava. They were also dubbed the “eye of fire” because of their circular shape. The flames were only a few meters from a Pemex oil platform.
Pemex stated that the fire was caused by a gas leak from an underwater pipeline. It occurred at 5:15 AM local time, just off Campeche.
The fire, which was located near an oil platform, was extinguished by 10:45 AM local time. No injuries were reported or evacuations were made.
Pemex stated that an investigation was launched into the incident.
Angel Carrizales is the head of Mexico’s oil safety regulator ASEA. He wrote on Twitter that the incident had “not generated any spillage,” according to Reuters news agency. However, he did not provide details about what was burning on the surface of the water.
RAED ALSO:‘Nobody’s winning’ as drought upends life in US West basin
Pemex has a history of a major industrial accident at its facilities. Reuters reported that it said it would investigate and that it had shut down the 12-inch diameter pipeline’s valves.