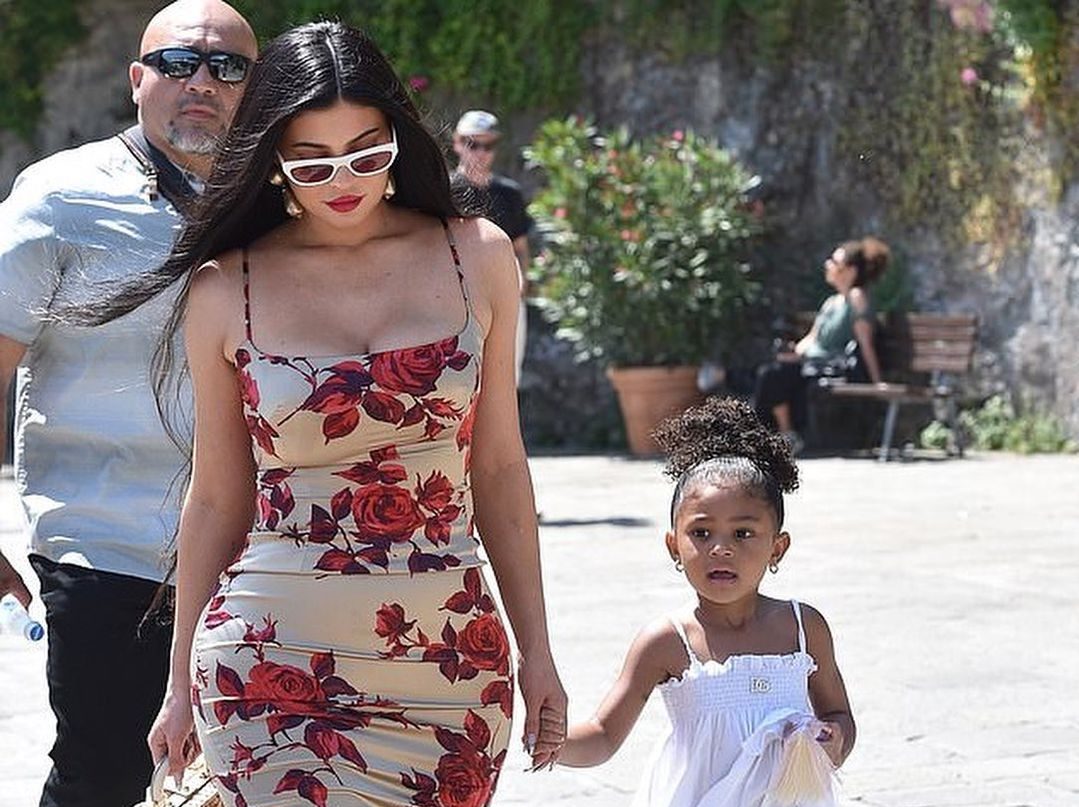 Kylie Jenner sent the web into an implosion in the wake of dropping pictures with her little girl Stormi Webster in front of Kourtney Kardashian’s pre-marriage ceremony.

The unscripted television star landed in Italy yesterday, as her sister Kourtney Kardashian is set to stroll down the path with her significant other Travis Barker in an extravagant service tomorrow

In the mean time, the 24-year-old took to Instagram to treat fans with delightful looks at her little girl and left fans in stunningness.
Sharing the photos, Kylie expressed, “just me, tempest, and coconut venturing to the far corners of the planet together.” 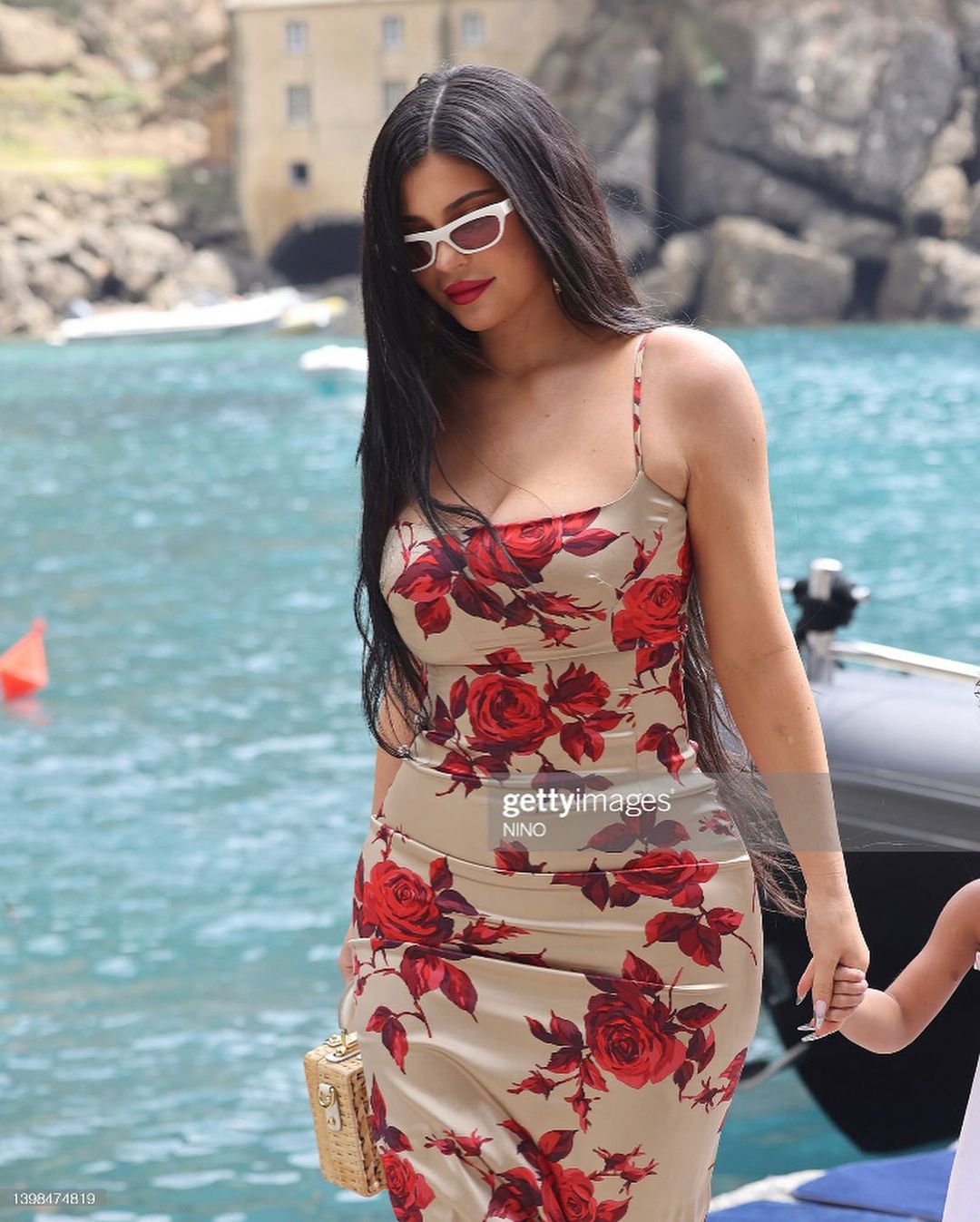 In the photographs, Kylie was seen showering love on her girl as the pair

made the vast majority of the excursion.
The excellence magnate wore a figure-embracing midaxi dress for the trip, with a champagne gold shade and red botanical print on top.

Kylie kept her hair open and matched her cosmetics to the dress, with a red lip and gleaming base to feature her appearance.

The delightful pictures provoked fans to communicate how charming and adorable the mother-girl looked.

One fan expressed, “The ideal pair.”