The park consists of dry plains and comparatively new wetlands, full of water from neighboring Mount Kilimanjaro in neighboring Tanzania.

Even though the pandemic has struck Kenya’s tourism sector hard, individuals across the globe are still traveling to spot elephants, zebras, hippos and lions roaming freely in the unfenced park.

But scientists such as Patrick Omondi, acting manager of Kenya’s new Wildlife Research and Training Institute, will there be to get the job done. They’re organizing an ambitious, government-sponsored attempt to count every one of Kenya’s significant marine and land wildlife for the very first time. 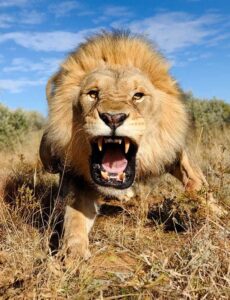 “We have never done a nationwide census for all wildlife species.”

Kenya has over 1,000 distinct wildlife species residing in diverse ecosystems, from the arctic northern areas of Garissa into the southern coastal area of Mombasa.

The intention of the census, established this month, would be to not make an specific count, but instead to set a baseline of wildlife information, and will concentrate predominantly on counting aquatic and aquatic creatures. Omondi said they’re also planning to run a different little animal survey of reptiles, birds and tiny amphibians.

While there is currently no official information about the creature in Amboseli, the census group’s setup of camera traps can capture images of this nocturnal creature.

“Camera cubes are GPS enabled. They are just like ordinary cameras, and we will camouflage them in tactical habitats,” such as trees and burrows, Omondi said.

Bigger creatures, such as giraffes and hippos, will be counted in the air by trained wildlife investigators such as Cedric Khayale, that also works for the wildlife ministry