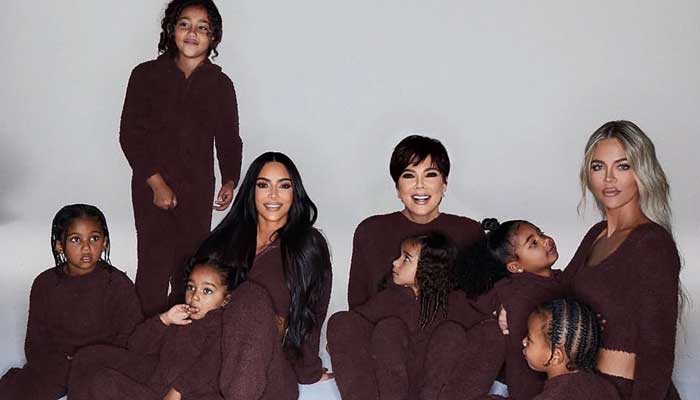 Kim Kardashian has given no place to her estranged husband Kanye West in her family holiday snaps, which she shared on the eve of Christmas.

The 41-year-old shared several photos to social media on Friday, showing her children North, Saint, Chicago and Psalm, as well as her mother Kris Jenner, sister Khloé Kardashian and her daughter True.

Rob’s daughter, Dream — whom he shares with Blac Chyna — was also appeared in the reality star’s family card. While, her estranged husband Kanye West and sisters Kourtney Kardashian, Kendall and Kylie Jenner were noticeably absent.

The montage of photos, in which everyone was naturally clad in SKIMS loungewear included the kids dancing together and Kim smooching Psalm.

She captioned the snaps: “Merry Christmas”.

It is pertinent to note that the last seasonal snap that Kim shared was back in 2019, which was a sweet photo of her, West, and their four kids sitting on a staircase.

The stunning photos suggest as the reality star is quite happy without her ex Kanye West.

It seems to be a toned-down holiday for the famously flamboyant family. There’s also no word on whether Kardashian’s current squeeze Pete Davidson will be joining the family festivities