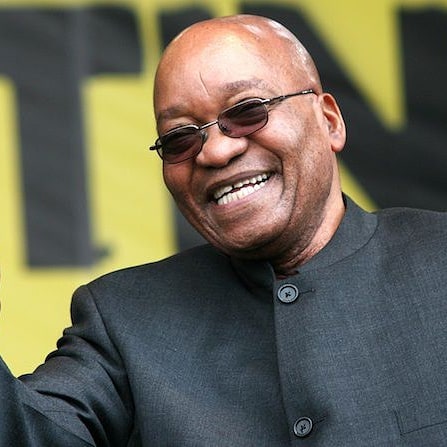 Former South African President Jacob Zuma has called out to South Africans to support him with donations as he fights a series of legal battles including a wide-ranging corruption trial.

His foundation shared a tweet Tuesday asking the public to “lend a helping hand” with the former leader’s legal fees.
“We humbly ask for donations support to help pay the legal fees of patron,” the tweet said. A flyer was also included that provided a bank account through which donations could be made.
South Africans have reacted to the appeal with some pledging to donate, while others criticize him for asking the public.
“Zuma has a 2.5 million pension, his twins have enormous security contingents and are driven by convoys. Others have large television productions…He must convene a family meeting for donations, and not Twitter . one user wrote.
This request was made on the same day Statistics South Africa published figures showing that unemployment in South Africa rose to 34.4%. According to Bloomberg, this is the highest level of global unemployment.
Zuma is currently on a 15-month sentence of contempt of court for defying a summons. Zuma was summoned to appear at an inquiry into corruption during his tenure.
He continuously denies the allegations levied against him and has likened his treatment to apartheid-era detention without trial.
Earlier this month, he was admitted to an outside hospital where he underwent surgeries for an undisclosed ailment, according to prison authorities. His corruption trial has been rescheduled for September 9 as he is still being treated in hospital.
Zuma’s arrest in July prompted looting across the country and some of the worst violence the country has experienced in years, leaving around 70 people dead.
He was president of South Africa from 2009-2018 when he was ousted following numerous high-level corruption scandals that include allowing businessmen Atul, Ajay, and Rajesh Gupta to plunder state resources and influence government policy. While the Guptas denied wrongdoing, they fled South Africa after Zuma was removed from office.