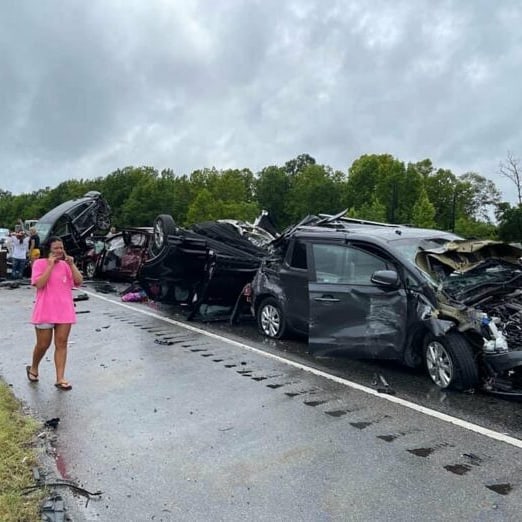 What was supposed to be the conclusion of an exciting beach trip ended in a dreadful 17-vehicle wreck Saturday that killed 10 people, including many young kids , on an interstate just south of Montgomery, Alabama. 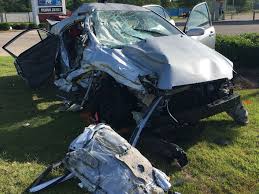 Four young adolescents who had been residents of their ranch, along with two children who had followed the band on the beach trip, expired in the van’s wreckage, Alabama Sheriffs Youth Ranches CEO Michael Smith said late Sunday afternoon.

The Alabama Law Enforcement Agency on Sunday evening failed to name the small victims, but said they included a 3-year-old, an 8-year-old, a 12-year-old, a 14-year-old, a 15-year-old, two 16-year-olds and a 17-year-old. They were pronounced dead at the scene, according to the agency.

Two kids of ranch employee Candice Gulley, that was driving the van, were one of those who perished in the crash,” Smith explained. Gulley, the manager of ranch life at Tallapoosa, was pulled from the mess and was hospitalized.

“Candice was with us for decades as a house parent, and she’s raised over 80 children who have called her mother,” Smith stated. “She’s a super woman who’s given her life to increasing not-so-fortunate children.”

Gulley had worked with children for years, starting when she and her husband had been home parents in the ranch for seven years.

The wreck also killed 29-year-old Cody Fox, of Marion County, Tennessee, along with his 9-month-old daughter, Adriana Fox. They were traveling in another vehicle with Fox’s fiancee, who had been hospitalized in intensive care as of Sunday afternoon.

The mess blocked traffic in both directions for most of the day. Seven of these 17 vehicles caught fire at the scene.

“It was a horrific scene,” Butler County Sheriff Danny Bond stated. “This was the worst traffic accident I’ve witnessed in my entire life.”