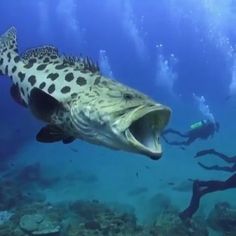 When I suddenly felt something larger than me, I was looking at seafloor and focusing on identification of fish species, as I do when diving off the California coast. I looked up and saw a huge fish, 6ft (2m) in length. It was calmly interested to breathe the bubbles from my SCUBA regulator. This was 2016 and was my first encounter with a giant sea bass.

I am a marine ecologist, and I study how international borders pose challenges for conservation and management efforts in the marine environment. While there are no barriers or walls in the ocean, they can be used to block access to a wide range of items. 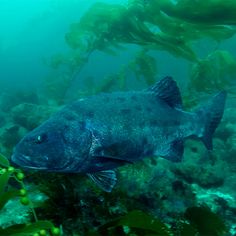 Giant sea bass can be found off the coast of North America, in both Mexican and American waters. I have found that large differences in regulation and research effort between the two countries has led to a significant misunderstanding of giant sea bass population health

The giant sea bass, also known as the “partnerLink” fish, is the largest bony fish found in the Northeastern Pacific. It can grow up to 9 feet (2.7 meters) long and weigh up to 700 pounds (315 kg). It can be found in the coastal waters of northern California, Mexico, and the Baja California Peninsula in Mexico.

Commercial fishing for this species in California began in the late 1880s. The fishery was once very successful across the whole range of large fish, but it collapsed in 1970. As a response, in 1981 the U.S. banned both commercial and recreational fishing for giant sea bass, and there are many ongoing research and population recovery efforts today.

Mexico’s collapse, subsequent protection and flurry research stand out in stark contrast. In Mexico, there are minimal regulations on fishing for the species, and there is almost a complete lack of data and research on it – there are only three studies on giant sea bass with any data from Mexico.

The International Union for Conservation of Nature considers giant sea bass to be a critically endangered species due to the population being “severely fragmented, leading to a continuing decline of mature individuals.” But this decision was based on a report that had no data whatsoever from Mexico. This is worrying considering that 73% of the species’ natural range is located in Mexican waters.

I was struck by this knowledge gap and wondered if ecologists were wrong about the health of large sea bass populations.