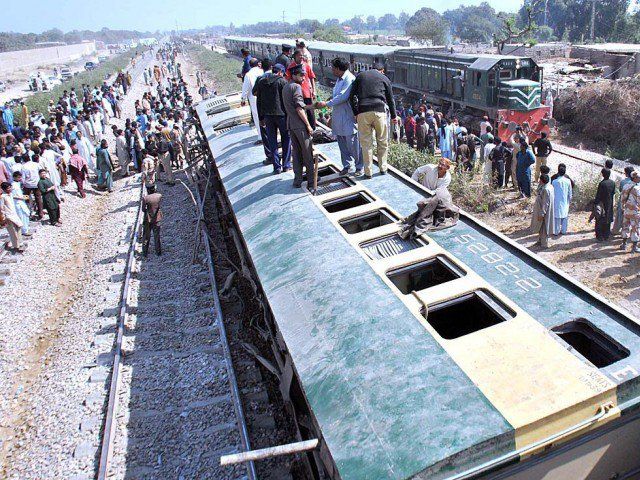 Dozens of passengers were killed and many others injured after a train crash in southern Pakistan on Monday morning.

The Sir Syed Express train collided with the Millat Express train in Sindh state between railroad stations, according to railroad officials.
At least 45 people are dead and officials are still working to save at least 17 individuals who stay trapped, Edhi Rescue Services explained. 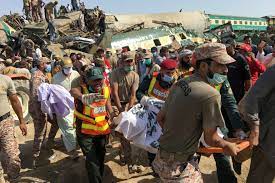 Researchers are fighting the elements, together with temperatures and dust around 44 degrees Celsius (approximately 111 degrees Fahrenheit) listed on Monday afternoon.

Pakistani Prime Minister Imran Khan tweeted condolences to the victims of Monday’s train crash also stated he was ordering a extensive investigation into railroad safety.
“Shocked by the horrible train accident in Ghotki early this morning departing 30 passengers dead,” Khan tweeted,” adding that he’d requested the Railway Minister to guarantee the wounded received medical care along with also the families of the deceased received assistance.

Minister for Railways Azam Khan Swati said Monday he had ordered an inquiry into the reason for the crash, using a spokesperson for the ministry stating that the preliminary evaluation could be completed within a day.
Pakistan’s railway system has a bad safety record, using a string of fatal accidents in the past few years a dreadful reminder of the nation’s ageing infrastructure and security criteria.

At October 2019, at least 70 people were killed and 30 more wounded at a fire which engulfed a railway passing through town of Rahim Yar Khan, at the south of Punjab state, following a gas canister which passengers were having to prepare breakfast burst.
A minimum of 20 members of some small Sikh community coming out of a pilgrimage past July died in a crash involving a bus and a train in Punjab’s Sheikhupura district.