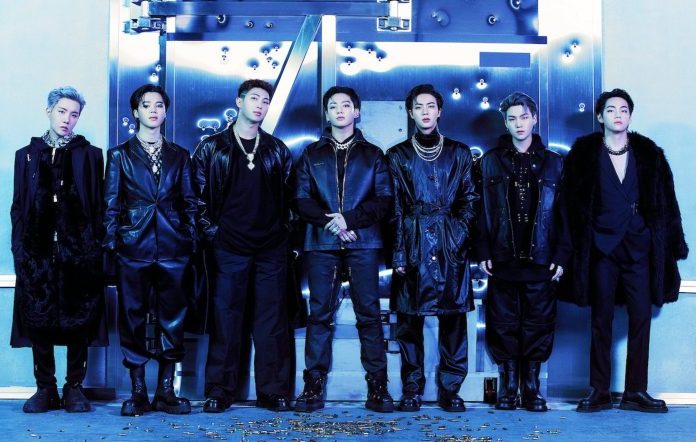 BTS have delivered the music video for ‘On the way (The Most Beautiful Moment)’, the title track of their new assemblage collection ‘Evidence’.
The visual opens with Jungkook sitting alone in a desert, watching out into the immense open land. It then slices to the septet sitting together as they perform ‘On the way’, which finds the boyband glancing back at their nine-extended vocation up to this point.

It later slices to individual shots of BTS playing out their various parts, before they rejoin and run towards a yellow school transport in no place. “Definitely the past was really awesome/But my best comes straightaway,” the boyband sing ‘On the way’.
‘On the way’ is the lead single from BTS’ new compilation collection ‘Evidence’, which was delivered simultaneously. The record is a 48-track gathering that incorporates large numbers of the boyband’s hit singles, from ‘Kid With Luv’ highlighting Halsey to their presentation single ‘No More Dream’.

Moreover, the physical-just third plate of ‘Confirmation’ will house a few unreleased demo forms of the septet’s gathering and solo tracks. Aside from demo renditions of ‘Hop’, ‘Kid In Luv’ and ‘I Need U’, it will likewise highlight solo demo forms of hits ‘Spring Day’ and ‘DNA’
The third plate is likewise set to incorporate a studio form of ‘Tony Montana’ that highlights vocals from part Jimin. ‘Tony Montana’ was first delivered by part Suga, under the stage name Agust D, as a component of his namesake mixtape in 2016.

BTS are likewise set to send off spring up stores in New York City and Los Angeles to concur with the arrival of their ‘Confirmation’. The pop-ups will be situated on 700 N. Fairfax Avenue in West Hollywood, California, and on 104 Charlton Street in New York. The two areas will be open everyday from 12pm through to 7pm, notwithstanding how working hours might be likely to change