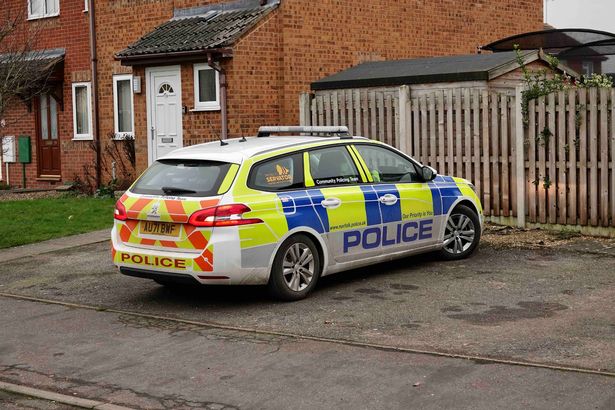 A man was accused of the murder of his daughter of 19 in the Norfolk cul-de-sac.

Nigel Malt, 44, of Lynn Road, King’s Lynn is scheduled to appear in Norwich Magistrates Court on Wednesday. He is accused of murdering Lauren Malt.

The teenager was declared dead in a hospital on Sunday, following an incident that occurred in Leete Way, West Winch in Norfolk.

Police were alerted to an incident of disturbance and a woman that had been struck by a car around 7.30pm the previous Sunday.

A post mortem revealed she died from abdominal and chest injuries.

The tributes pour in for the teenager who passed away after she was killed.

An acquaintance of Lauren posted via the Facebook page: “You are my dear angel who meant the world to me. I’m sorry to hear that you’ve passed away.

“I cannot understand it. The rock I’m with. My tiny bean. My very best friend.

“We had so many plans, but now we’re apart. I will miss you every waking moment my love.”

A friend of mine posted: “She was funny and nice and pretty. I will miss her so much.”

One person described the girl as “such a lovely polite girl” and another said: “She had a heart of gold. Fly high and my angel.”

Another wrote: “She truly was one of a kind and will be missed by so many – such a wonderful caring young person taken from us too soon. My heart goes to her family xx.”

Following the incident Norfolk Police have been asking residents if they have relevant CCTV footage or images of doorbell camera footage.

A statement issued by Norfolk police said: “Lauren, who was temporarily identified today, pending an inquest formal and was declared dead on Sunday night, following an incident in a crash in Leete Way.

“Officers were summoned to the station just before 7.30pm in response to reports of disturbances and the woman who was struck by a car.

“A Home Office post-mortem examination carried out today has established the preliminary cause of death as chest and abdominal injuries.”

Anyone who thinks they might have information that is relevant to the investigation is encouraged to contact The Norfolk and Suffolk Major Investigation Team at 101, with the reference Operation Redmere.