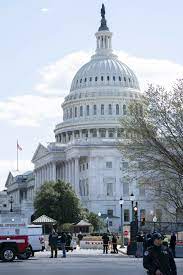 The strategy includes a call to bolster law enforcement partnerships and stem extremist recruitment paired with components deemed more essential after the Jan. 6 attack to the Capitol, including greater analysis of social networking and programs to enhance civics instruction and combat disinformation.

In addition, it touches on additional priorities from President Biden, echoing past calls for gun control in order to deal with mass shootings.

“We can’t ignore this threat or wish it away. Preventing domestic terrorism and reducing the things that fuel it demand a multifaceted reaction across the federal government and beyond,” Biden wrote in the plan’s opening. 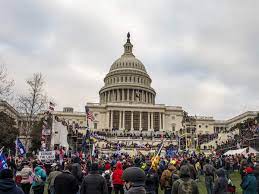 The plan follows a March report from the intelligence community ordered on Biden’s first day in office that determined white supremacists and militia groups are the greatest domestic terror threat.

It also builds on a budget that set aside considerable money to boost homeland security funding and grants to law enforcement.

It calls on the U.S. intelligence community to increasingly focus on “open source” information, including things mentioned in a Jan. 5 FBI report that noted calls to come to the Capitol armed and ready for war.

Senior officials said the administration would be “augmenting information sharing the government does with tech companies.”

“Any particular tech company often knows its own platform very well. But the government sees things, actual threats of violence, across platforms. They see the relationship between online recruitment, radicalization and violence in the physical world. And so helping to illuminate these threats is a process that has already begun between the government and the tech sector,” a White House official said on a call with reporters.

But the plan sparked concerns among civil liberties groups while leaving a task to an intelligence community that has said it struggles to tease out rhetoric protected by the First Amendment from serious calls to act on violence.