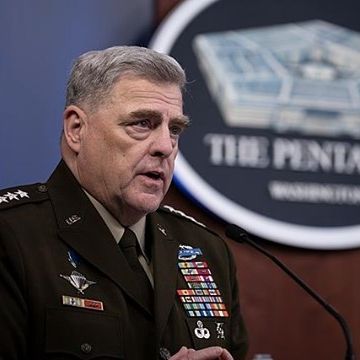 On Wednesday, the top US general stated repeatedly that he hadn’t seen intelligence assessments that suggested that Afghanistan would fall as fast as it did.

“There was nothing that I saw, nor anyone else, that indicated a collapse of the army or this government in eleven days,” General Mark Milley, Chairman of the Joint Chiefs of Staff stated at a Pentagon press conference. This was his first since the Taliban took control of Kabul.

Reporters were told by him that there are no reports that a 300,000-strong security force would be destroyed in just 11 days (from 6 August to 16 Aug), with the captures of 34 provinces, and Kabul as the capital. He explained that nobody had ever seen an army that large fall apart so quickly. 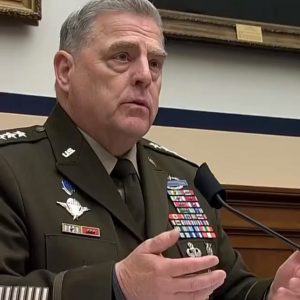 Milley explained that intelligence clearly showed multiple scenarios were possible. One was an outright Taliban overthrow following a collapse of the Afghan Security Forces (and the government). Milley explained that there was another scenario, a civil war and a third option: a negotiated solution.

He said that the “timeframe for a rapid collapse” was widely estimated. It could have occurred in weeks, months or even years after our departure.

The general’s comments follow a report on Tuesday stating that classified US intelligence assessments warned that a rapid collapse was a very real possibility, even as the White House said that such a development was “unlikely.”

Also Read: Why eight months? What’s behind the timing of the Covid booster shot

In early July, President Joe Biden argued for a withdrawal negotiated under the previous administration, stating in a press briefing that “the likelihood there’s going to be the Taliban overrunning everything and owning the whole country is highly unlikely.”

As the Taliban launched a massive nationwide offensive, cities fell to insurgent forces. The US spent years and billions training these forces.

However, the official acknowledged that “the Afghan government collapsed even faster than we expected.”

The US military currently has just over 4,000 troops stationed at Hamid Karzai International Airport, Kabul. There is an ongoing effort to evacuate Afghan citizens and families.