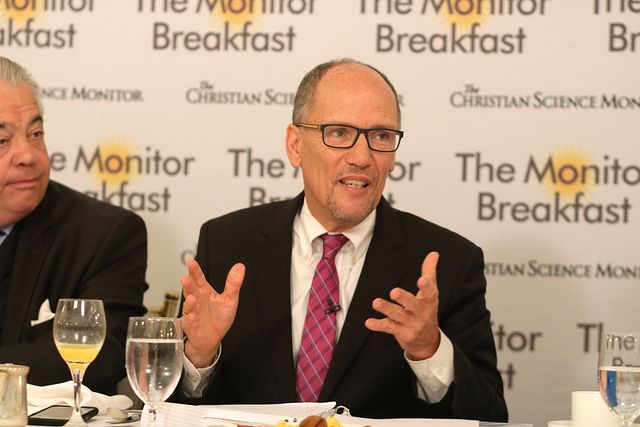 Tom Perez, former chair of the Democratic National Committee announced Wednesday that he would be running for governor in Maryland to replace the term-limited Republican Governor. Larry Hogan.

Perez was previously the Director of the Department of Justice’s Civil Rights Division. He also served as Labor Secretary under President Barack Obama. Perez announced in a video that highlights his background and roots in Montgomery County, Maryland. It features Perez promising to tackle a variety of key Democratic priorities such as education, protecting union jobs, and combating climate change.
Also Read: Dr. Fauci on Redacted Mark Zuckerberg Emails:’Favorable and Innocent’
Perez stated in the announcement video that “we did get a lot done”, referring to his time at Obama. “But there is so much to do.” 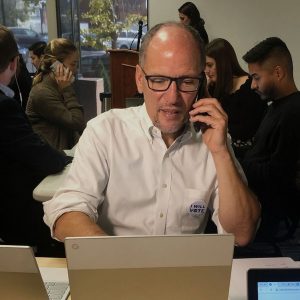 He said, “My whole life has been about making government function and helping people, and that’s exactly what I will do when you become your governor.”
Perez was on Hillary Clinton’s 2016 vice-presidential list. In 2017, Perez was elected to the Democratic committee chair. He took over a mismanaged and beleaguered party that was stunned by Donald Trump’s election win in 2016. Perez was instrumental in turning the organization into an effective fundraising operation that helped defeat Trump four years later.
As chair of the Democratic Committee, Perez was able to increase his national profile. This role also introduced him to top fundraisers within the party. These connections will be a great help in financing a gubernatorial campaign. However, Perez’s announcement video for the gubernatorial office does not mention his time as chair of DNC.
Perez’s jump in the race adds another name to the already crowded field of Democrats competing for the job. Among others, Rushern Baker (the former Prince George’s County executive); Doug Gansler (the former attorney general of Maryland); and Peter Franchot (the Maryland comptroller).
Perez, the son, and grandson of Dominican Republic immigrants has extensive government experience. He was elected to the Montgomery County Council in 2002. From his time as Maryland’s labor secretary between 2007 and 2009 to his current role leading the Labor Department under Obama, from 2013 to 2017.
His time as a federal prosecutor in the Department of Justice’s Civil Rights Division from 1989 to 1995 and then as the head of the division under Obama, are the highlights of his announcement video. This shows how the candidate intends to draw on his civil rights experience for his gubernatorial campaign.
Perez said that his first job as a civil rights prosecutor was his dream job and that his promotion to the top of the division in 2009 was the “honorable profession” of his life.
In the video, former Montgomery County Executive Ike Leggett states that civil rights are part of his DNA. He has been involved, engaged, and he has not changed in all that time.
Obama is not supporting the race but the announcement video shows the ex-President praising Perez multiple times during his time in that administration. He even called Perez “one the best secretaries labor in our history” at a 2016 news conference.
Also Read: Senate committee to hold hearing on DC statehood Invoice
Perez, who served two terms as Maryland governor, is seeking to succeed Hogan. He won his first term in 2014 narrowly and was reelected in 2018. Perez is widely thought to be a potential Republican presidential candidate in 2024.