This is what it’s like to walk in space 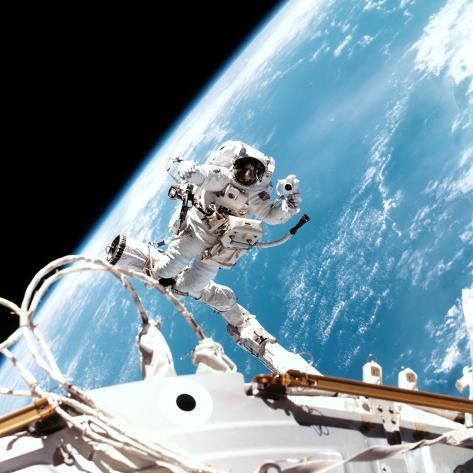 At the point when space explorers adventure outside of the International Space Station to go on spacewalks, the main thing they need to do is center.

This may sound straightforward, yet envision attempting to zero in on a remembered set of assignments while getting out of a sealed area and wearing a 300-pound spacesuit – with the sparkle of planet Earth and the sun and the dead emptiness of the universe surrounding you. A tie interfaces you to the space station, and the shortfall of gravity holds you back from falling. 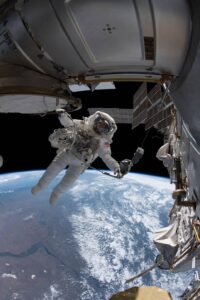 “There’s a ton of things that you truly need to do, one of which is simply maintain your center, despite the fact that it’s astounding out there,” said NASA space explorer Mike Fincke. “It’s actually genuinely amazing. The solitary thing among you and the remainder of the universe, seeing the entire universe of creation, is the glass faceplate of your visor on your protective cap, and it’s simply amazing.”

Space traveler Mike Fincke led a spacewalk on August 3, 2004, while wearing the Russian Orlan spacesuit. You can see Earth behind him.

Contingent upon the direction of the space station, which finishes 16 circles of the Earth every day while moving at 17,500 miles each hour, our planet can show up above or beneath the space travelers.

Fincke is a veteran of spaceflight. He’s gone through 382 days in space, and he’s gone on nine spacewalks in Russian and American spacesuits. Fincke is preparing in Texas for his fourth spaceflight and will dispatch to the space station not long from now on the main ran exploratory dry run of Boeing’s Starliner.

In excess of 550 individuals have been to space and about portion of them have been on a spacewalk, Fincke said. Spacewalks are frequently alluded to as EVAs, or extravehicular exercises.

The first spacewalk by an American space explorer was led by NASA space traveler Ed White on June 3, 1965. He left the Gemini 4 container at 3:45 p.m. ET and stayed outside of it for 23 minutes. (Soviet cosmonaut Aleksei A. Leonov finished the world’s initially spacewalk on March 18 of that year.)