The 1975 tease ‘Part Of The Band’, arriving next month 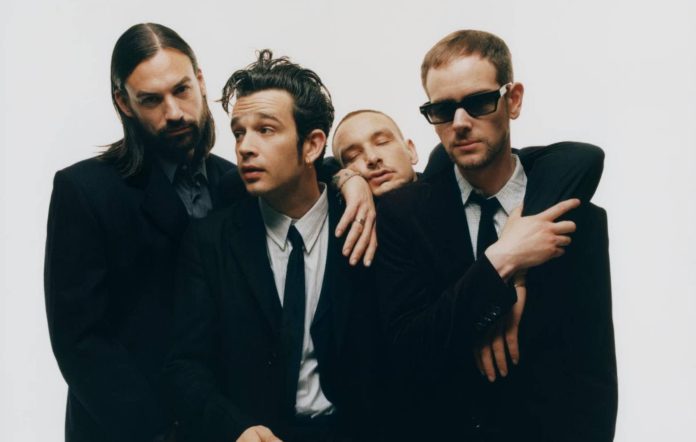 The 1975 have additionally prodded the appearance of new material one month from now, indicating something many refer to as ‘A component Of The Band’.

Last month, baffling banners showed up in London highlighting a high contrast photograph from a good ways including frontman Matty Healy, and a date of July 7. That date was then affirmed as one of importance for the band in front of the arrival of their at this point untitled fifth studio collection.
Presently, only three weeks from the date, the band, whose latest collection came in mid-2020 with ‘Notes On A Conditional Form’, have affirmed a title for anything that will show up on July 7, be it a solitary or full collection.
Alongside a photograph of Healy strolling through sand rises in highly contrasting with a gigantic rucksack on and a scarf covering his face, The 1975 have affirmed the new material will be named ‘Part Of The Band’.
Toward the beginning of the year, The 1975 common film which seemed to show the band back working in the studio.

The four-piece’s development to ‘Notes On A Conditional Form’ has been the subject of fan hypothesis for quite a while, with Healy making fun of the possibility of “making another ‘exemplary record'” back in August 2021.

Healy has likewise been prodding material from his side venture Drive Like I Do, let fans know that the undertaking will incorporate “a tad of new music”
This August, The 1975 will make their live return, having two gigs as impact of Japan’s Summer Sonic Festival. The gigs will check the band’s most memorable live shows since they acted in Dublin in March 2020.