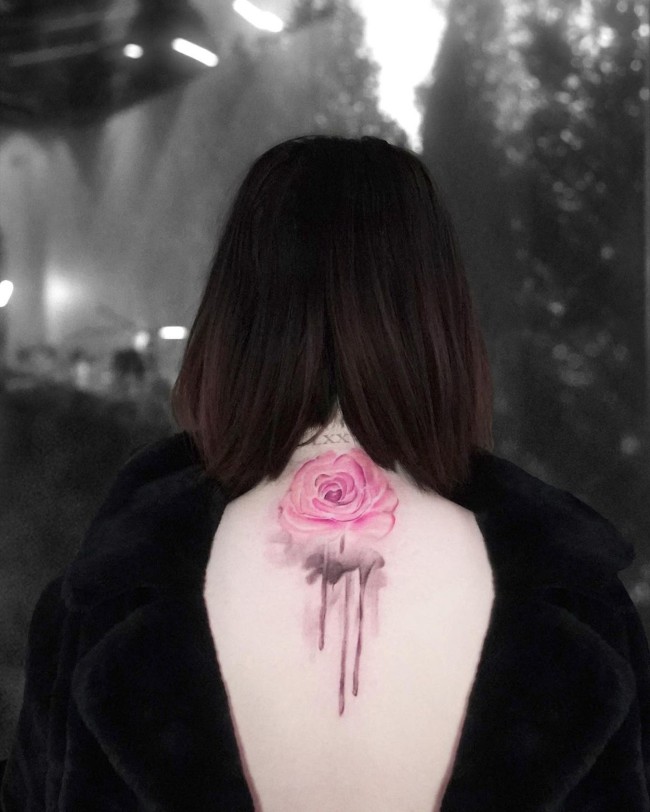 Celebrity tattoo artist Bang Bang teased a large design on the “Rare” singer’s upper back last week, and now he’s revealed the artwork as a huge watercolor flower, dripping between her shoulder blades.

But that wasn’t the only surprise. Shortly after giving fans a close-up look at the star’s new ink, Bang Bang revealed that he also did a matching design on Cara Delevingne’s side.

“I had so much fun making these tattoos— thanks for always trusting me Cara,” the tattoo artist captioned a photo of the model. “Fyi I didn’t tell them til the end that these were my first watercolor tattoos ever.

Delevingne and Gomez, both 29, have been friends for years, and recently shared a sweet moment on the Kiss Cam at a New York Knicks game at Madison Square Garden last month. The British beauty has also landed a role on the second season of Gomez’s Hulu series, “Only Murders in the Building,” which is currently filming.

Though the meaning wasn’t immediately clear — and neither Gomez nor Delevingne have posted pics or addressed the design on social media — both stars are well versed in friendship tattoos.

Gomez shares a few tattoos with some of her closest friends, while Delevingne has ink bonds with Paris Jackson, Kaia Gerber and ex-girlfriend Ashley Benson.

Though the flower is certainly one of Gomez’s largest tattoos, it’s hardly her first. She also has a pair of praying hands with a rosary on the side of her hip, which she debuted at the 2019 American Music Awards.