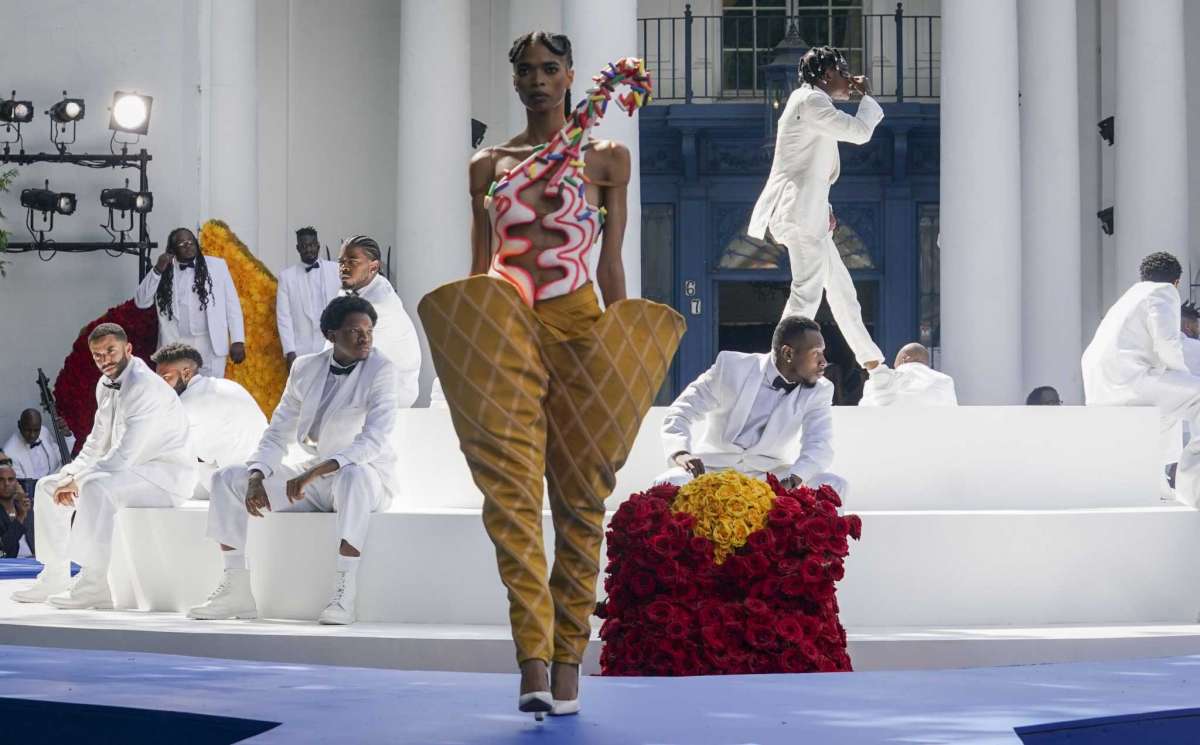 Kerby Jean Raymond and his label Pyer Moss received a warm welcome from the weather gods. The fashion gods were also pleased.

Jean-Raymond had to cancel his eagerly awaited debut of his first couture collection after guests fled for safety in torrential rains. The result was a spectacularly creative, visually bold show that blurred lines between fashion and art. It also paid tribute to the creativity of Black inventors, often forgotten in history. 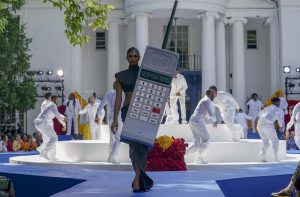 The peanut butter dress was created. It is a large, soft-sculpted, jar of the peanut butter. A stunning hot roller cape was displayed — it was exactly what it sounds like: hot rollers from head-to-toe. The cone came with chaps and an ice cream cone. An air conditioner, an old-fashioned phone and a mop were all present.

A pastel pink lampshade gown was featured, featuring beaded fringes and a pastel pink lamp shade dress. A chess board and a white metal folding table were also included. Each costume was a complex work of sculpture. A refrigerator was found with colorful magnets that spelled out “But who invented Black trauma?”

A string section was also present, as well as dancers and a rap artist. Elaine Brown, activist, writer, and former leader of the Black Panther Party, gave a history lesson.

Jean-Raymond’s shows are a mix of his ideas about fashion and those about culture, race, and society. He stated that he wanted to “highlight inventions by Black people” and showed them in a nontraditional manner. This included 3D construction and sculpture.

Pyer Moss shows are always highly regarded, but this show was even more popular because Jean-Raymond, the first Black American designer to be invited by France’s Chambre Syndicale, showed a collection during Paris Couture Week. Officials in Paris extended Couture Week to accommodate this rescheduled event.