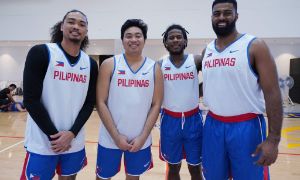 The Philippine nationwide 3×3 crew composed of professional basketball players will start their bubble working out next week for the FIBA 3×3 Olympic qualifiers in May.

PBA evil chairman Bobby Rosales long-established the development on Tuesday as the four companies start working out campsite at the Inspire Sports Academy in Calamba, Laguna.

The Philippine crew followers who will compete in the FIBA 3×3 Olympian Qualifying Tournament in Graz, Austria from May 26 to 30 are Terrafirma’s Joshua Munzon, Meralco’s Alvin Pasaol, and San Miguel Beermen’s CJ Perez and Moala Tautuaa.

Munzon and Pasaol are currently the first and second ranked 3×3 players in the country, who competed in different international tournaments earlier applying for this year’s PBA Draft. 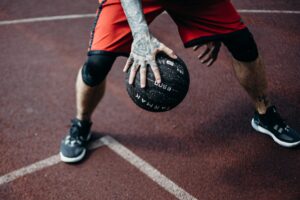 Perez and Tautuaa, meanwhile, were share of the crew who took home the 3×3 gold in the 2019 South-eastern Asian Sports.

Rosales said they tenable the approval of the Samahang Basketbol ng Pilipinas for the nationwide 3×3 team’s working out bubble.

The PBA vice chairman said the players will be released to their mother ball clubs once scrimmages are allowed to resume. They are currently not permitted due to the imposition of the modified enhanced community quarantine in Metro Manila and nearby provinces including Laguna.

“If the IATF allows scrimmages, they will transfer the venue of the training to the NCR. So they will get out of Calamba,” said Rosales during a press conference on Tuesday.

The Philippines is grouped with Slovenia, France, Qatar, and the Dominican Republic in Pool C of the Olympic qualifiers. Only three teams will advance to the Tokyo Olympics.