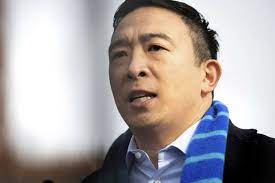 New York City mayoral candidate Andrew Yang was hospitalized after being diagnosed with what appears to be a kidney stone, his campaign said.

Yang visited an emergency room Friday morning after experiencing abdominal pain and remains at the hospital with his wife, Evelyn, his campaign said in a statement.

His public events for Friday are canceled, “but he looks forward to getting back out on the trail in the days ahead,” the campaign said. 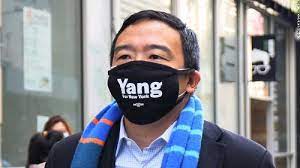 Yang, a Democrat, officially jumped into the race in January and has since emerged as perhaps the best-known candidate in a crowded field to succeed Bill de Blasio as the next mayor of New York City.

A former tech executive, Yang sought the 2020 Democratic presidential nomination, going from a relatively obscure candidate to emerge as a nationally known contender with a devoted base of supporters known as the Yang Gang, who helped him raise $40 million over the course of his run.