A Normal Nothing: American Basketball Coach Tom Izzo Of Michigan State Got Into A Heated Conversation With Gabe Brown In The Halftime 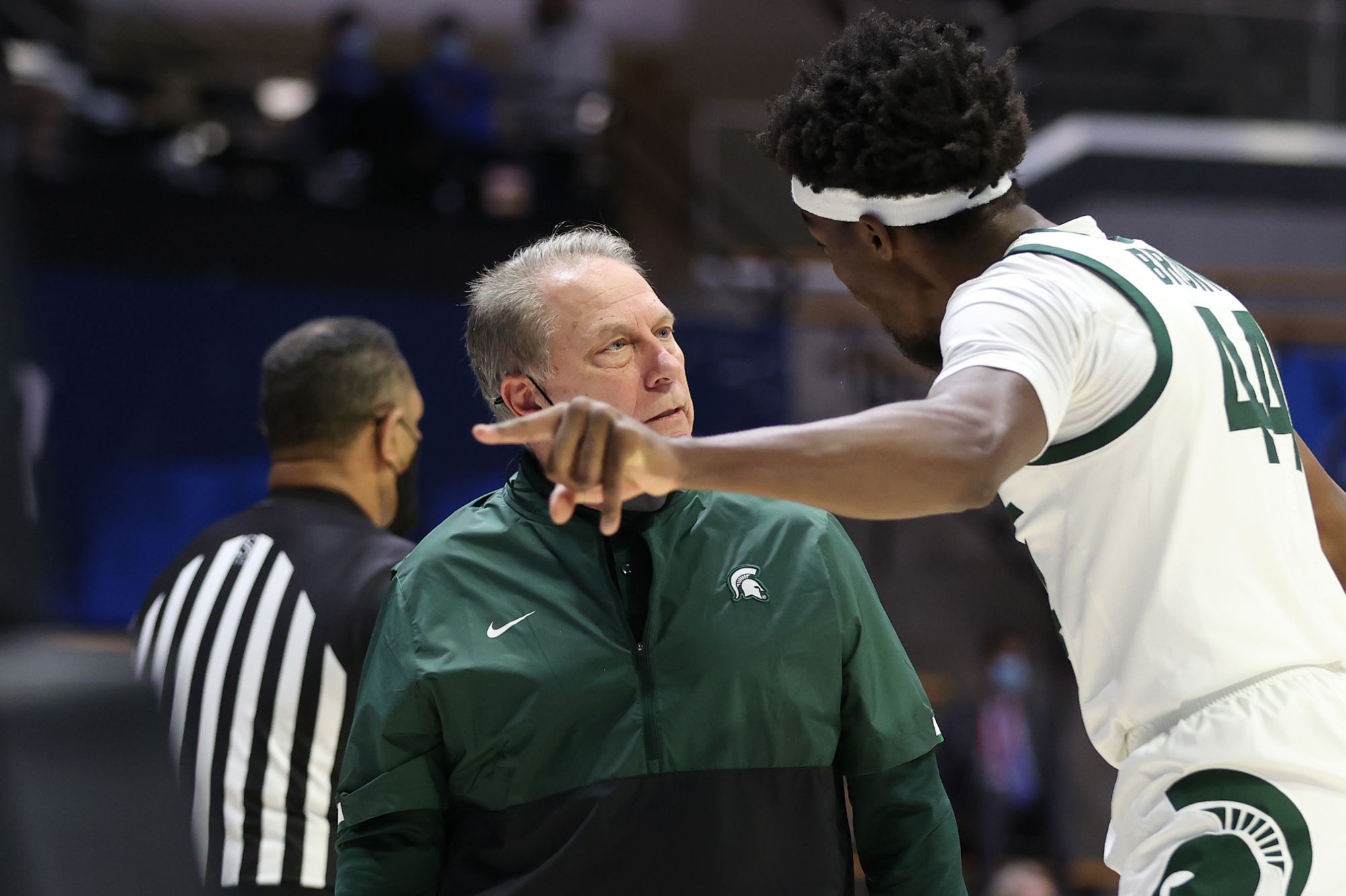 Basketball match of UCLA against Michigan state, the spartans first four game got heated when the coach of Michigan state Tom Izzo grabbed his team’s player Gabe Brown’s arm. They got into a heat exchange and this incident was “a normal nothing” Tom Izzo.

The coach of Spartans told the reporters, “He missed a play and I told him, and he walked away and so I told him to come back,”

When the first half was about to end, an open jump shot was made by UCLA’s Jaime Jaquez Jr. which pulled the Bruins to 44-33. Teams went to the tunnel when the halftime of the match was completed, on the live broadcast Tom Izzo was seen to pull his player Gabe Brown’s jersey and he responded to walk away of the coach.

Gabe Brown pulled his jersey out of his coach’s grasp, then headed down the tunnel. Izzo chased behind him, leading Brown to turn around to apparently confront his coach.

Tom Izzo was asked about the incident with the second question of his news conference following the season-ending loss. He laughed, but clearly wasn’t happy. He called the reporters “beautiful,” but it wasn’t a compliment.

But many other players responded on twitter that it was just a normal game. The got heated up which is a normal thing. There is nothing to be worried about.

Two years ago during the NCAA tournament, Izzo received national attention for angrily yelling and pointing in the face of then-freshman Aaron Henry. “I mean, we went through this a couple of years ago,” Izzo said Thursday in an apparent reference to the Henry incident.

Some of Izzo’s former players took to Twitter to defend the coach, who has led the Spartans to eight Final Fours and one NCAA championship in his 26 seasons with the team.