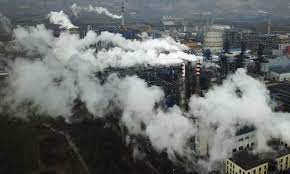 The world will soon find out whether one US branch, the state department, can accuse Chinese officials in genocide and another, led by John Kerry, the special envoy for climate change, can persuade China’s dirty economy to change. Can it be possible to simultaneously compete for the global mastery and work together to save the world? 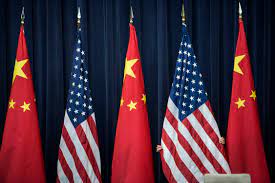 At the British-hosted Cop26, Glasgow, the outcome of this diplomatic experiment will be known. This conference aims to set the world on a course for 1.5C of global warming. All countries will be expected to submit their national contributions, indicating how they intend to reduce their carbon footprint. Officials in Britain insist that Cop26 is more than China or the US. However, without these two countries, which together account for 40% of global greenhouse gas emissions, it is impossible to achieve anything meaningful.

There are differing views on modern China’s willingness and ability to cooperate with the west. They also question its trustworthiness. And how can you influence a superpower that believes domestic economic prosperity is its foundation. The central government’s writ is not always working well. China is a country where “the mountains are high, and the emperors distant”.

Kerry, a highly energetic individual, insists that it is possible to achieve his climate goals with China. However, he does so in a separate silo from his diplomatic colleagues. Kerry argues that his turf is a “freestanding international crisis” which all countries must deal with. Kerry even held a January press conference in order to stress that climate change negotiations are sui generis and not contingent on concessions made in other domains. He wanted to destroy the idea that China could purchase America’s silence about human rights in exchange for climate cooperation.

Kerry insists that China’s climate actions will not be allowed to give it any advantage over other issues. Ryan Hass, Kerry’s close ally in state department, often urged him to insist that the US climate negotiators were not authorized to trade other issues for Chinese climate cooperation.

Kerry promised that his relations with Xie Zhanghua, China’s climate envoy, and old ally, would be his only concern when he visited Shanghai in April. They agreed to a joint statement about the “climate crisis”, which was a term that the Chinese government hadn’t used before.

China has been more skeptical about the possibility that climate talks could be ringfenced. Zhao Lijian (the foreign ministry spokesperson) warned in January that “unlike flowers that can thrive in a greenhouse despite the cold winter, China-US cooperation is closely tied to bilateral relations as a whole.”