Thousands of migrants swim from Morocco to Spanish enclave of Ceuta 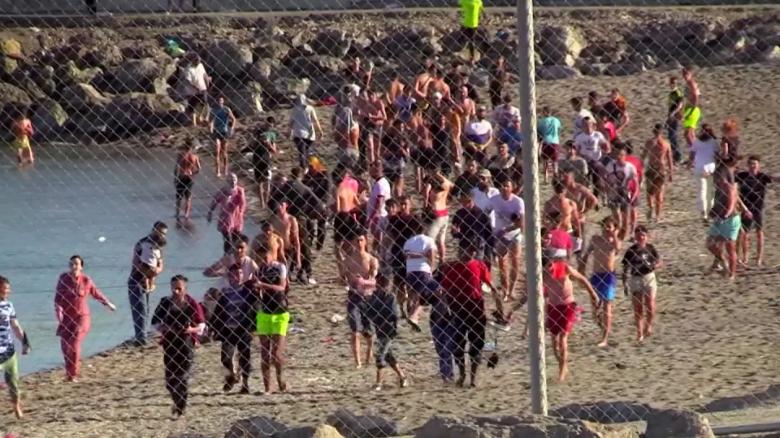 At least 6,000 people, including around 1,500 minors, swam from Morocco to the bordering Spanish enclave of Ceuta on Monday in the largest influx of illegal migration there in a single day, Spanish authorities said.

The migrants swam from two locations, with some entering southern Ceuta at Tarajal beach, and a larger group entering the north of the city at Benzu beach, a spokesman for the Spanish government in Ceuta told CNN.
One man drowned in the process, the spokesman added.
READ ALSO:Volcanoes could still be active on Mars
At both locations, migrants swam around rocky breakwaters jutting out into the Mediterranean that mark the border between the countries. The spokesman said it was a short distance in each case.
Ceuta is an enclave of some 84,000 Spaniards on Morocco’s north coast and, crucially for migrants attempting to enter, it is on European Union soil.Spanish army and Guardia Civil officers take positions next to the border of the Spanish enclave of Ceuta on Tuesday, May 18. 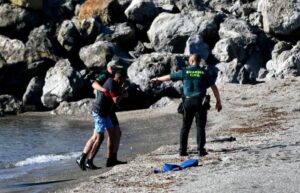 “I have never seen a situation like this one, it is unprecedented, I have never felt so frustrated and sad,” Ceuta President Juan Jesus Vivas, told Spanish broadcaster TVE on Tuesday.
“This is a chaotic situation, so chaotic that we can’t tell the exact number of migrants at the moment,” he added. “We need to gather all the ones who have arrived and allocate them in a specific location, so they are not just wondering around the border.”