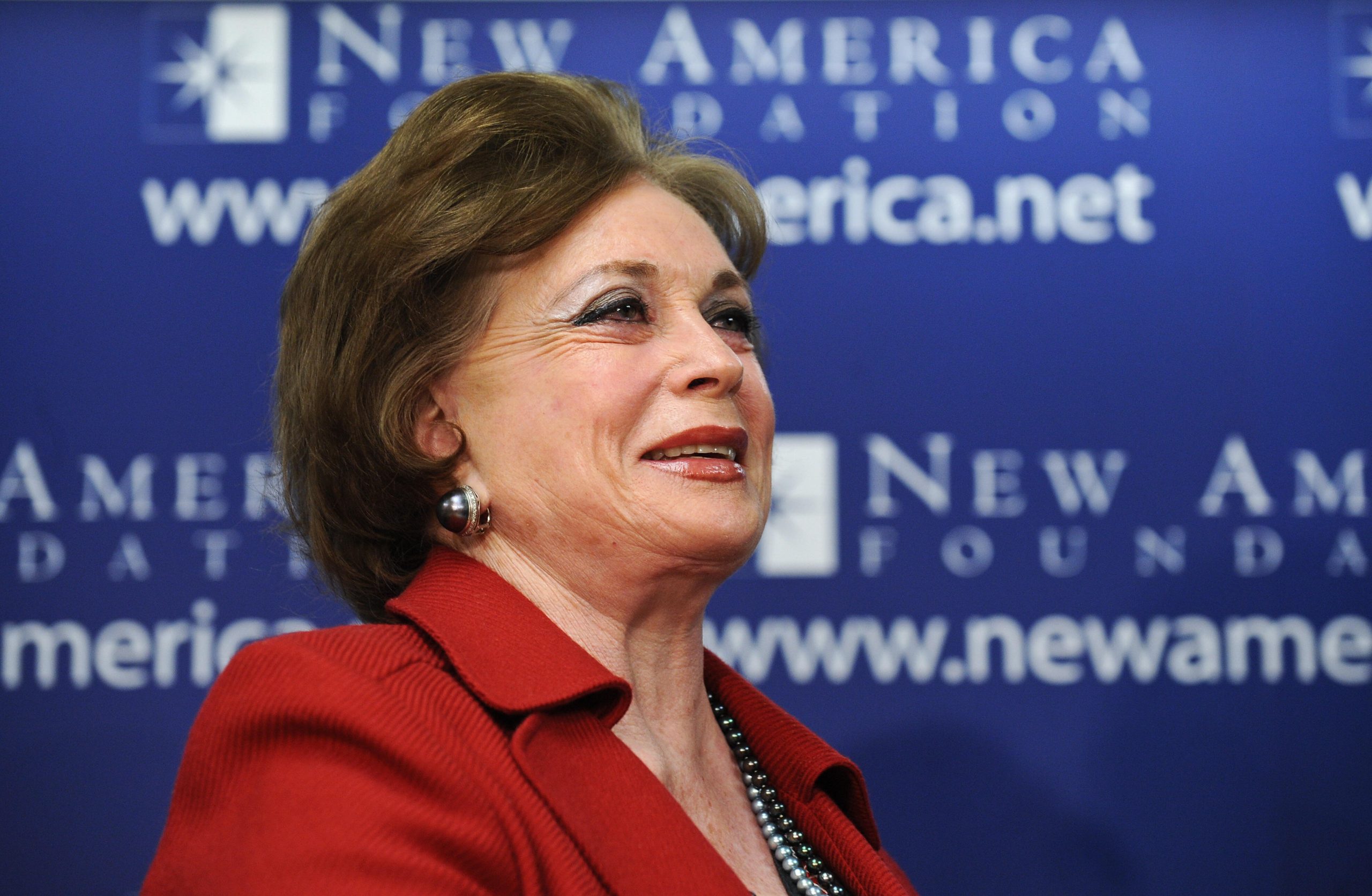 Jehan Sadat (widow of Anwar Sadat, former Egyptian President), has passed away in Egypt. She was the first Arab leader to reach peace with Israel. She was 87.

The Egyptian press has reported in recent weeks that Sadat was being treated for cancer and is currently in hospital.

She received medical treatment in the United States last year. However, her condition deteriorated shortly after her return home, according to her family. She was not able to provide any further information about her condition.

Friday’s announcement by President Abdel Fattah el-Sissi stated that she was a role model for Egyptian women and gave her a posthumous national award. She was also honoured with the naming of a major highway in Cairo.

Jehan Safwat Rahouf, an Egyptian middle-class man and a British woman, was born in Cairo on August 23, 1933.

She married Anwar Sadat in 1949. He was a military officer who served Egypt as president from 1970 to his assassination by Islamic extremists.

They had four children together: Noha, Gihan and Lobna daughters, as well as a son named Gamal.

Sadat had always defended her husband’s 1979 decision to sign a peace accord with Israel after almost three decades of war. This was a controversial move both domestically and internationally.

She resigned from public life after her husband’s assassination.

In recent years, however, she has become a supporter for former military general elSissi’s government and his predecessor, Hosni Mobarak.

Mubarak’s ouster plunged Egypt into years of uncertainty and chaos, and created a power struggle between military and Muslim Brotherhood groups that had been banned for many years.

Two and a quarter years after Mubarak was removed, el Sissi led a military coup against Egypt’s first elected president. He also rolled back the freedoms enjoyed in the so-called Arab Spring 2011.

Sadat, during her husband’s tenure was a strong advocate for women’s rights. She pushed for laws that gave women custody and alimony in divorce cases.

Her charitable work and volunteer work also caught the attention of the media. She was prominently visible in 1970s, drawing criticism from observers who claimed she exploited her husband’s position for political leverage.

She was also the head of several national relief agencies, including the Egyptian Red Crescent and the blood bank.

Photographs of her visiting the injured during Egypt’s 1973 war against Israel appeared on the front pages of most newspapers in the country.

Sadat founded the Wafa’wal Amal in 1972, the Faith and Hope Society, in Arabic. It now runs a fully integrated city for disabled war veterans and civilians.

In memory of her husband, she established an endowment in 1997 to create The Anwar Sadat chair for peace and development at the University of Maryland.

Her autobiography, A Woman OF Egypt, and My Hope for Peace (about the Arab-Israeli war and the rise Islamic extremism) were her two books.