The U.S. Is Going Backward at the United Nations | Opinion 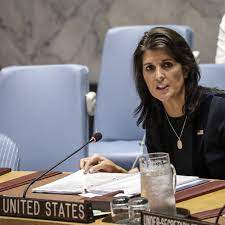 Will the United States hold the United Nations to its most elevated goals, and serve our public advantages? Things aren’t solid. The UN’s wellbeing office, the World Health Organization (WHO), just chosen Syria to its chief board, notwithstanding that system’s utilization of compound weapons against ladies and youngsters. The UN Human Rights Council is planning for another round of strange enemy of Israel “examinations.” Yet as tyrants, killers and cheats keep on utilizing the UN for their own abhorrent closures, the U.S. under the Biden organization appears to be content to come for the ride. An alternate methodology is required—quick. 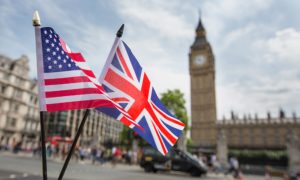 As history shows, and as I for one saw, the United States is best at the UN when we remain steadfast. We should confront our enemies, unquestionably and proudly. We should remain by our companions, strongly and courageously. Also, we should represent our standards, unhesitatingly and unmistakably. The second we neglect to do any of these things, our enemies and their toadies will benefit as much as possible from it. China, Russia, Iran, Cuba and North Korea get the joke: The UN is excessively broken, partitioned and open to fascism to be successful. They realize that when the United States moves in an opposite direction from what’s right, it’s simpler for them to take the UN—and the world—off course

Our adversaries are adept at using the UN’s structure and flaws to their advantage. Take Russia. As a permanent member of the Security Council, it can stand in the way of almost anything serious we pursue at the UN. So can Communist China: Like Russia, it uses its seat on the Security Council to block justified and moral measures. As concerning, China is quietly working to corrupt UN agencies from top to bottom, with disastrous results.

The WHO is the latest proof. For years, China gained leverage over the WHO through a combination of funding and pressure. It then manipulated the agency during the coronavirus pandemic. The WHO adopted the Chinese party line despite being banned from entering the country during the initial outbreak, praised China’s response despite clear evidence of a cover-up and continues to cooperate with China despite the country’s unwillingness to share key information on the virus’ origins and spread—see the WHO’s bogus “report” from March. China’s stranglehold on the WHO contributed to the death of more than 3 million people, including more than 500,000 Americans.

The WHO illustrates another reality: Many UN agencies are broken. Worse, some can’t be fixed, like the UN Human Rights Council (UNHRC). It’s a cesspool of human rights violators—from Cuba to China to Venezuela to Russia. In 2018, I led the effort to withdraw the United States from UNHRC. The reason was simple: We care too much about human rights and individual freedom to be part of a group that undermines both while attacking our ally Israel more than any other country. This logic equally applies to the United Nations Relief and Works Agency (UNRWA), which fosters hatred toward Israel more than it supports Palestinian refugees.