The Sixers Missed An Opportunity With Their Mid-Level Exception 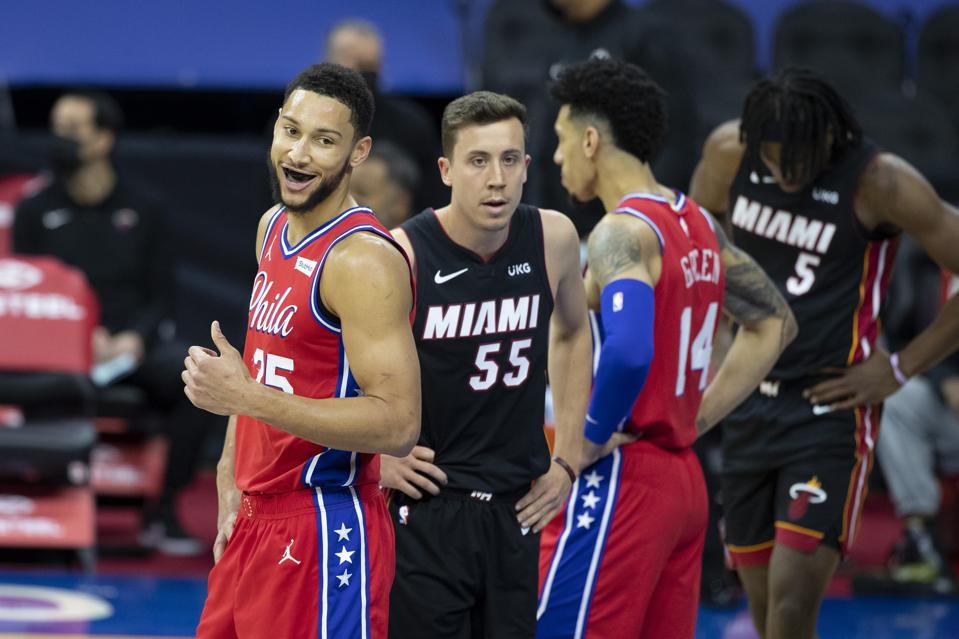 The Philadelphia 76ers signed Anthony Tolliver to a rest-of-season contract on Sunday, which means their roster is likely set heading into the playoffs.

That suggests they won’t be using the remaining $4.2 million of their taxpayer mid-level exception, which may come back to haunt them.

Although Tolliver’s skill set makes him a nice conceptual fit as a stretch big off the bench, his usage thus far suggests head coach Doc Rivers won’t be turning to him much outside of garbage time during the playoffs.

“I don’t know about minutes unless you want me to bench Tobias [Harris] or somebody like that,” Rivers said when the Sixers first signed Tolliver to a 10-day contract in mid-April.

Tolliver can serve as insurance in case Harris suffers an injury or gets into foul trouble, as the Sixers lack depth at the 4. Their other primary option at that spot, Mike Scott, is shooting a ghastly 37.1 percent overall and 34.6 percent from three-point range this season.

But since neither Tolliver nor Scott are likely to contribute much to the playoff rotation, the Sixers might have been better off taking a swing on a long-term upside play with their final roster spot.

The Miami Heat are the best example of that in recent years. In April 2019, they converted Duncan Robinson from a two-way contract to a minimum deal that ran through the 2020-21 season, and they signed Kendrick Nunn to an identical contract one day later. Both players have since emerged as key rotation pieces for the Heat, and they each contributed to Miami’s surprise run to the NBA Finals last season.

The Heat aren’t the only team to have struck gold on these end-of-season moon shots, though. The Houston Rockets found a long-term contributor right around the same time Miami did.

In March 2019, the Rockets converted Danuel House Jr. from a two-way contract to a standard NBA deal. That allowed them to extend him a qualifying offer in free agency, making him a restricted free agent rather than unrestricted, and they re-signed him to a three-year, $11.15 million contract. He went on to start 52 games for them last season, averaging 10.5 points and 4.2 rebounds in 30.4 minutes per game.

A handful of teams have taken similar swings this season.

The Oklahoma City Thunder signed Real Madrid forward Gabriel Deck to a four-year, $14.5 million contract in mid-April, none of which is guaranteed beyond this season. They’ll now get an inexpensive look at a 26-year-old who averaged 9.7 points on 52.1 percent shooting in only 23.9 minutes per game for Real Madrid across all competitions this year.

Meanwhile, the Indiana Pacers used part of their mid-level exception to sign Oshae Brissett to a three-year, $3.8 million contract, according to John Hollinger of The Athletic. Much like Deck’s deal with OKC, the final two years of Brissett’s contract are non-guaranteed, which provides the Pacers with the flexibility to escape from it if needed.

It may not come to that, though. In his first seven starts for the injury-ravaged Pacers, Brissett averaged 15.4 points on 47.9 percent shooting, 9.9 rebounds, 2.6 triples and 2.3 blocks. Having that sort of a developmental talent locked up on a minimum deal for the next two seasons could wind up paying major dividends for Indiana down the line.

The Sacramento Kings recently signed Chimezie Metu to a three-year contract and Damian Jones to a two-year deal, neither of which are guaranteed beyond this season. But that type of move isn’t limited to lottery-bound teams, as the Los Angeles Clippers just signed Yogi Ferrell to a two-year contract on Thursday that likewise isn’t guaranteed in 2021-22.

None of these players are guaranteed to pop like Robinson or Nunn. They might not even be on their respective teams’ rosters at the start of the 2021-22 season. But if teams don’t spend their final roster spots on win-now contributors, there’s zero downside to using them on long-term fliers instead.

That’s particularly true in the Sixers’ case given their financial outlook.

With Ben Simmons, Joel Embiid and Tobias Harris signed for the next few seasons to max or near-max contracts, the Sixers project to be in luxury-tax territory for the foreseeable future. That means the taxpayer mid-level exception will be their primary way to add talent in free agency.

The Sixers did use a portion of their MLE to sign second-round picks Isaiah Joe and Paul Reed to three-year contracts, which was wise. Had they instead signed Joe or Paul using the minimum exception, they would have become free agents following the 2021-22 season. Having those two locked up on minimum deals for an extra year could be a godsend considering the team’s cap constraints.

However, allowing the remaining $4.2 million of the MLE to expire could wind up being a missed opportunity. Even if the Sixers didn’t spend it on a long-term upside play, they could have inked someone to a nonguaranteed multiyear deal to use them as salary ballast in a trade this offseason.

The Sixers are already more than $13 million over this year’s luxury-tax threshold, so managing partner Josh Harris might not have been keen on spending the remainder of the MLE. They’re going to pay nearly $24.5 million in taxes as is, and their tax bill would have soared north of $36.8 million had they used the full MLE.

But the Sixers entered Sunday only a half-game out of first place in the Eastern Conference. They appear to be among the handful of legitimate title contenders this season. Now isn’t the time to cut corners, even if the costs may appear prohibitive.

The Sixers have made a number of smart roster moves since team president Daryl Morey came aboard in the fall, including the additions of Danny Green, Seth Curry, Dwight Howard and George Hill. But great teams separate themselves from good teams by hitting on the margins, and a Sixers team in need of a cheap supporting cast may one day lament not spending a majority of its MLE this season.