The city council is looking at extreme floods that happens once every 200 years. 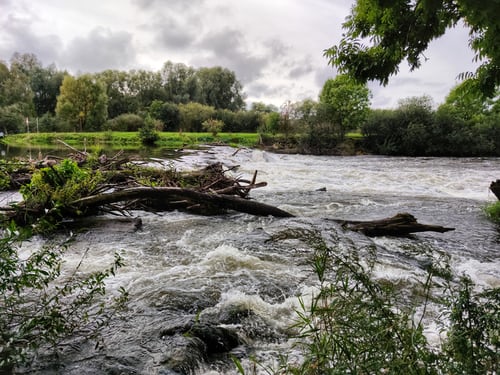 The city gathering is seeing outrageous floods that happens once like clockwork. Flooding destroyed ruin in areas of Wirral last week, inciting an examination.

Merseyside was battered by substantial downpour on Thursday evening, with vehicles covered in water in Birkenhead and various Wirral schools shutting.

After harm to the street surface, portions of Borough Road in Birkenhead, one of the “most affected” regions, were shut to traffic on Friday.

Subsequent to being prodded by Home Bargains representatives, a crippled lady is in tears. 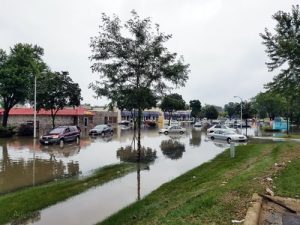 A small’sinkhole’ has likewise arisen on Abbey Street in Birkenhead.

Nonetheless, the floods influenced different segments of Wirral too.

As indicated by experienced Labor councilor Jerry Williams, this remembered streets for Bebington that had “never overflowed” previously, with the town’s Acres Road being especially vigorously affected.

On Thursday, 68 millimeters of downpour fell in Birkenhead in three hours, the greater part of Wirral’s normal September precipitation (120 mm), with an aggregate of 93 millimeters falling in Wirral for the duration of the day.

This was a “one of every 200-year” storm, as indicated by Wirral Council, and it surpassed the norms of its waste frameworks, which can just deal with 1 out of 30-year precipitation.

This obstructed sewers across Wirral, compelling various gathering groups to react with a crisis reaction, with functional specialists dispatched to the most noticeably terrible influenced areas to gather flotsam and jetsam from surface water depletes and unblock impeded channels.

Given the seriousness of Thursday’s floods, the committee has planned a “question” with United Utilities to check whether any functional troubles added to the flooding and what United Utilities’ momentary response technique is.

Welsh Water, which serves Heswall and Gayton, will have a comparable get-together.

Wirral Council, as Lead Local Flood Authority, will direct the total examination as needed by Section 19 of the Flood and Water Management Act 2010.

On the board’s site, the last report will be accessible.