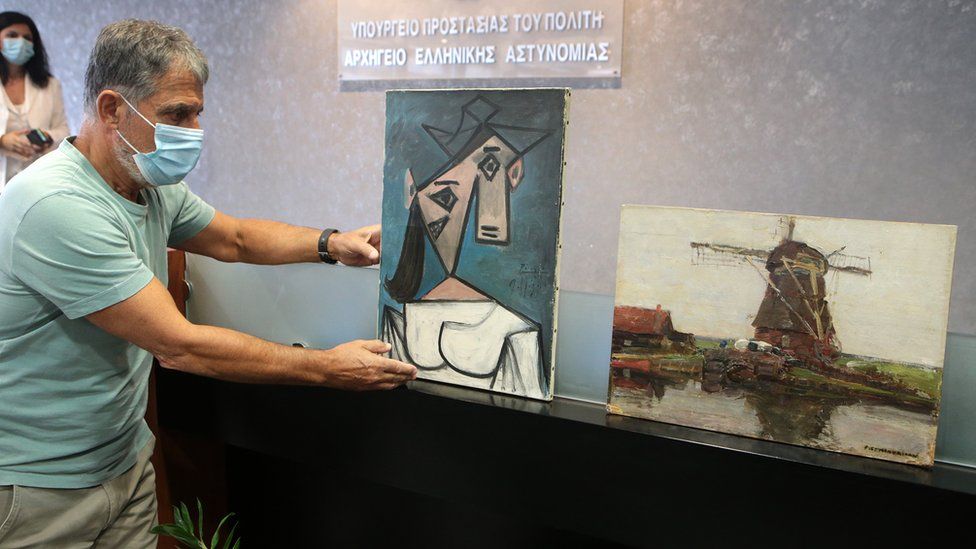 On Monday, authorities in Greece discovered stolen paintings belonging to Pablo Picasso and Piet Montrian. They were found in a forest near Athens.

A 49-year-old Greek man confessed to the crime, taking Picasso’s Woman’s Head (1939) and Mondrian’s Mill (1905) from the country’s National Gallery (2012). This led to police being able to locate the stolen art. 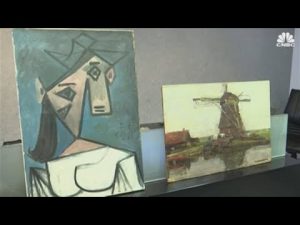 The perpetrator stole the artwork by activating the gallery’s alarm in the early hours of January 9, 2012. He then led the security guard from his position to deactivate the alarm. It was too late for the guard to notice the presence of the thief through the gallery’s motion detector.

Police released video of the 49-year old construction worker being arrested for the heist. He confessed to the crime, and led them to the riverbed in the forest, where he had hidden the paintings. The package was wrapped and placed under a bush.

Also Read: Biden visits Michigan to celebrate the progress made in Covid-19 fighting

Another piece of art that the suspect stole was a sketch made by Guglielmo Cavia, an Italian painter who died in 1625. According to police, the worker damaged the sketch in the robbery and then destroyed it.

The suspect was first identified by police in February. They began to believe that the paintings had been in the country for nine years and began closing the gap on him, according to Greek media.

Investigators stated that the paintings were put up for sale on a black market for $20,000,000, but the burglar couldn’t find a buyer.