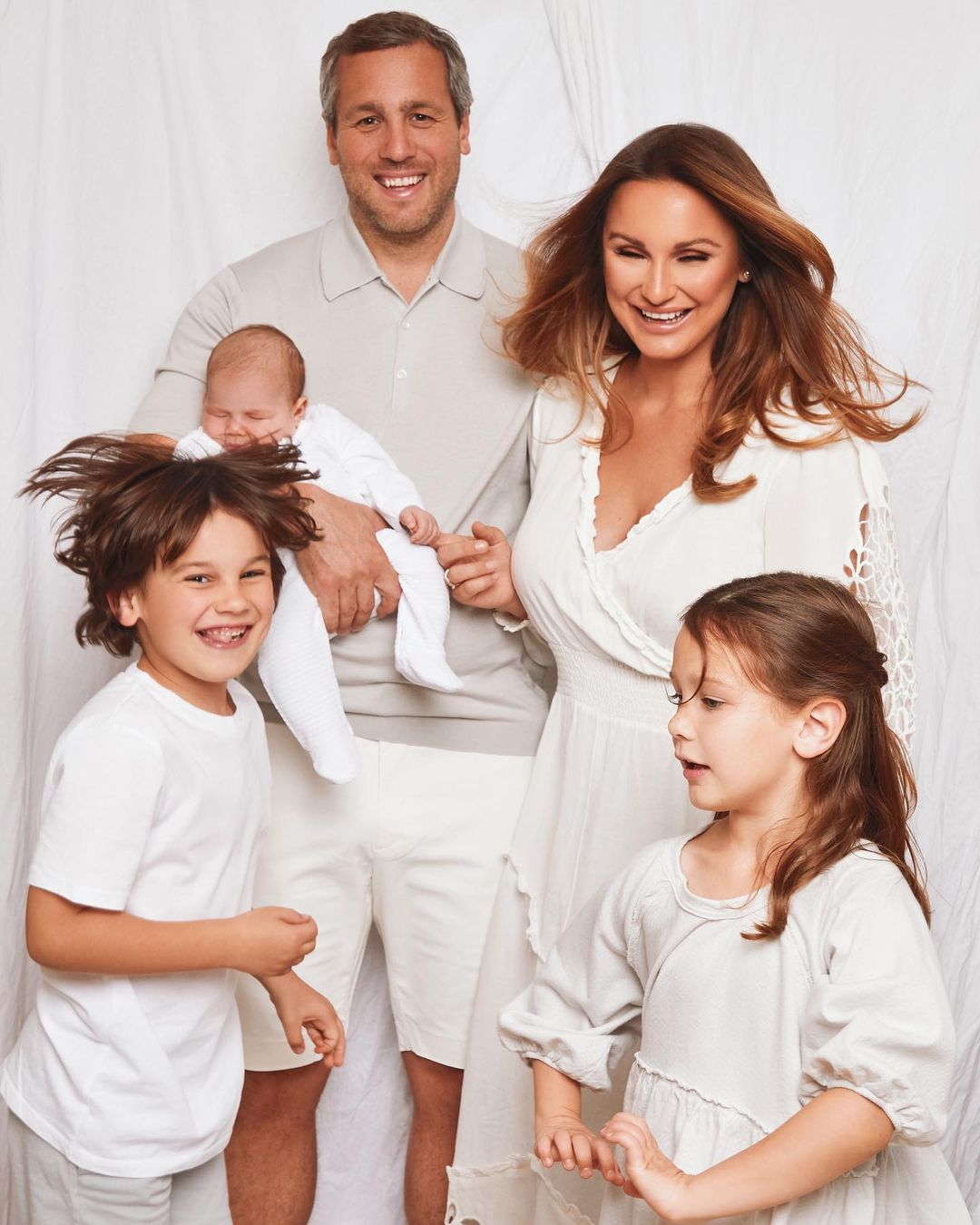 Sam Faiers reveals she felt ‘helpless’ in the birthing pool

ITVBe reality star Sam Faiers has opened up about giving birth to her third child, revealing she felt ‘helpless’ in a birthing pool. Her partner, Paul Knightley, was there to support her throughout the labor, but the pair also had a home birth, where Sam gave birth standing up in the kitchen. Sam Faiers has now revealed that she had a ‘perfect’ experience giving birth to baby Edward.

‘Borrowing’ partner Paul made her feel vulnerable in the birthing pool. The pair shared details of their pregnancy on social media, which she revealed led to her decision to forego the water birth. She admitted that she was uncomfortable and had trouble concentrating in the pool, and Paul’s heavy breathing kept her awake during the labour. Sam explained that she’d prefer to share the bed with her child but said she felt ‘helpless’ in the birthing pool.

The mother-of-two shared the happy news with fans on social media, with her daughter Rosie holding her hand throughout the labour process. Sam announced her pregnancy on her Instagram account in November. She had hoped to give birth at home. Her support team included her mum, father, and daughter Rosie. The pair were all “excited” for the new arrival and have been cuddling her bump all day. They also talk to the baby when Sam is talking.

The new baby’s birth in Sam Faiers’ home has prompted some negative comments on social media. However, the birth was a positive experience for Sam. She included her older children in the labour process and posted a beautiful montage of the experience on her Instagram. Sam’s daughter, Rosie, held her hand throughout the labour and delivered the baby, while her eldest son, Paul, snuggled with his new baby brother after the birth.

Sam Faiers welcomed son Edward standing up in the kitchen

During her pregnancy, Sam and Paul had been thinking about giving birth by water, but in the end, the couple decided against it at the last minute. They were too nervous to get comfortable in the birthing pool, so they kept pacing and putting their hands on Paul’s back instead. Once the midwife arrived, Sam stood up and gave birth to her son, Edward. Sam is now a mum-of-three and has recently discussed how she feels about sleeping in her baby’s bed with her husband.

The couple were photographed with their baby, which was named Edward, in a pram. She also showed off her curves in a black fitted tank top and cycling shorts. She was wearing white Nike trainers and sunglasses. Sam’s wife, Sharon, told her husband to “back off” after she found out she had a baby. Sam was worried that she could be stirring things up between her husband and ex-wife.

Actor Sam Faiers has welcomed his first child, baby boy Edward, in May. He recently reunited with ex-girlfriend Jennifer Lopez for a honeymoon. While breastfeeding may look effortless and emotion-free in a magazine or on TV, the reality is a lot more challenging. In fact, 81% of mothers say that breastfeeding is not represented realistically in the media.

After welcoming Edward two months ago, Sam Faiers shared a video of the new arrival on her Instagram account. The actress, 35, has previously admitted to feeling ‘helpless’ during the birth. She also revealed that she initially ruled out having another baby, but later changed her mind after seeing a picture of baby Edward. “I didn’t know what I was doing,” the actress gushed on her social media account.

New life as a mum of three

After giving birth to her son Edward last month, Sam Faiers has re-emerged as a new mum. She was spotted out and about in Brentwood, London, with her son and her partner Paul Knightley. The former TOWIE star was sporting a pair of skintight cycling shorts and a matching Isabel Marant hoodie. Her hair was pulled back into a ponytail, and she wore dark shades.
Also Read: Rebekah Vardy Hits the Beach in Portugal

The TOWIE star announced that she was expecting her third child with boyfriend Paul Knightley, who has two children of his own. The couple, who met while working on the reality TV show, already have two children, Rosie, three, and Paul Jr., five. The couple got together in 2014 and welcomed their first child, Paul Jr., in 2016, and their second child, Rosie, in 2017.